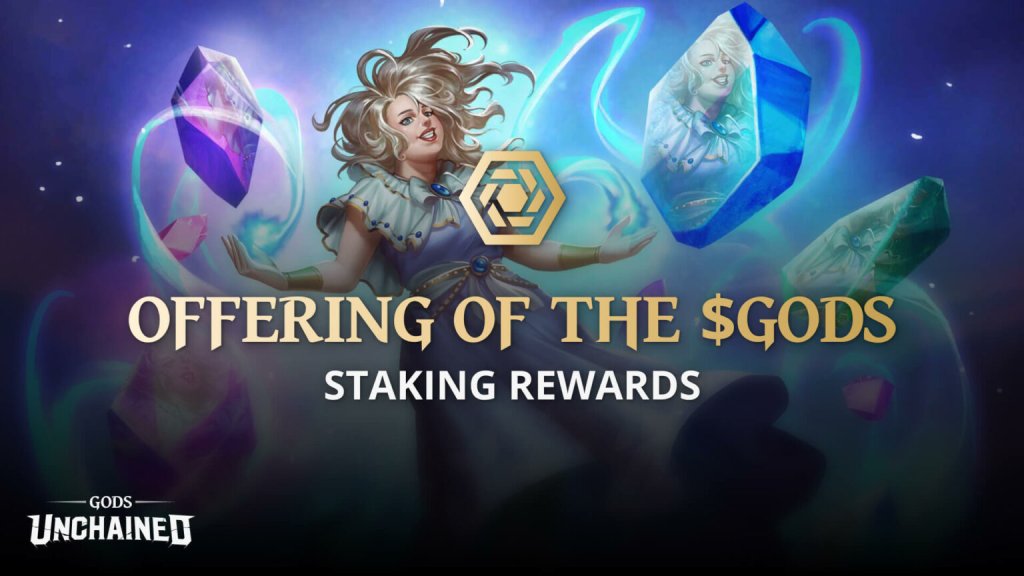 Gods Unchained adds another staking rewards program called Offering of the Gods. If you have $GODS tokens staked in your immutable X wallet, you will be rewarded with more $GODS tokens. How easy is that, right?

The rewards are given on a monthly basis in a batch of weekly snapshots. You can claim your rewards from the Gods Unchained Website.

The team will take the wallet snapshots from December 1st, 2021, and pretend like the program has been running since then when rewarding $GODS.

The staking program will run for at least 4 months with a possibility of extension. They want it to be a permanent mechanism rather than a temporary feature.