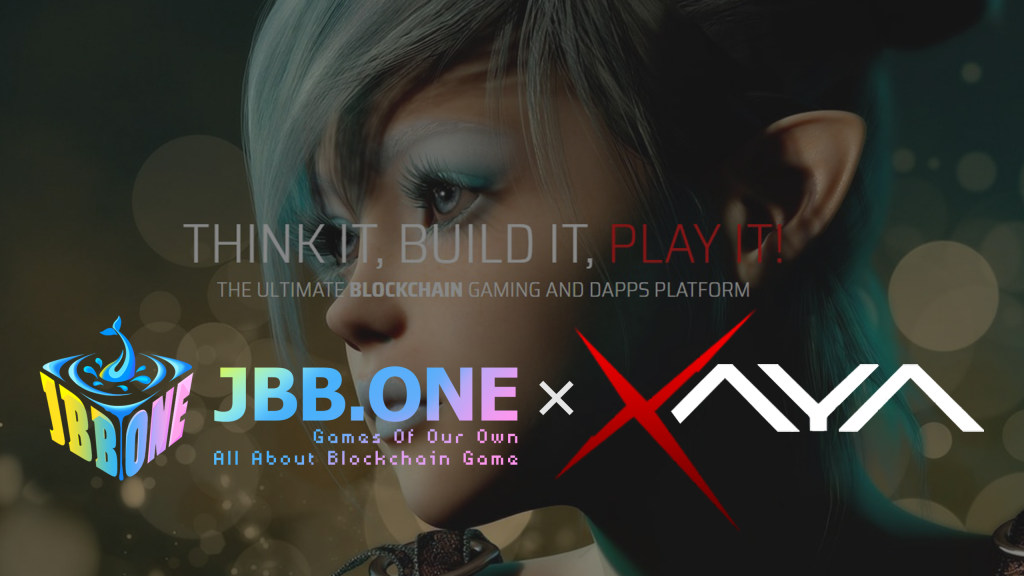 Glad to have XAYA here with us!

As you all know, we had an interview with XAYA last July.(Click here) Xaya is a decentralized, permissionless blockchain that is optimized for scalability and fully decentralized games and dapps. They did an outstanding job in the blockchain game area.

Things are changing fast. Let's catch up with the latest updates.

JBB.ONE：We've seen that Taurion Treasure Hunt #3 is going smoothly. What's your future plan for Taurion to make it more fun and engaging? Do you have a scheduled date in mind for its official version release?

At the moment the Taurion alpha is really focused on just the new features we’ve added to the game since the last tech demo. Mainly that is crafting which entails prospecting, mining, refining, discovering blueprints, and crafting itself. Atm it's hard to call it a game in its current state and it would be hard to find real testers, so this is why we do the treasure hunts, to incentivize them to test.

The next updates we'll add that will make the game much more fun and engaging are Trading and Player skill progression.

Trading will essentially allow players to buy each other’s time. Even now in the alpha people are wanting resources to build better vehicles but the time involved is a little too much for most people. This allows for a player driven economy where each other’s time has a value and as long as there are some players, the assets should always have some value greater than zero. In Taurion every building will have a decentralised market place for players to buy and sell, and if it's a player made building, the owner can even set the fees to charge other users (less if in your alliance or corporation).

The reason why each building itself has its own DEX is because resources and building services are scattered across the map and this means each asset will have different values in different places. For example, if I want to build vehicles in one building at one side of the map but a certain type of resource is more abundant at the other side of the map, then the price will be more expensive where I need it. This "supply/demand" dynamic will open up many possibilities and opportunities for traders, transporters, miners and crafters for example.

Skill progression is also an important feature we'll be adding. Players level up skills for different actions. The higher the skills the more powerful they are, the better assets they can craft, better vehicles they can drive and much more.

Other features we need to add are corporations, alliances, advertisement sales, a reputation system, and we'll be overhauling the entire UI as it is currently more for testing features and the Xaya blockchain game API.

An extra, and probably the most important, is a very informative tutorial as Taurion is a complex game, even in the alpha state itself.

（JBB.ONE: It will be so sweet that every game has its own official tutorial. Just like what the XAYA team did. As you all know, we spend most of our time guiding gamers and helping them solve problems. Official tutorials can really be a great help for players.）

JBB.ONE：We can see XAYA collaborates with dozens of prize partners in treasure hunt #3. How would you define your partnership with them?

XAYA：Essentially the blockchain gaming space is quite small, by having this cross-promotion in the treasure hunts it brings everyone together, they get exposed to each other’s projects and games, and it really is just win-win for everyone.

With things like airdrops you essentially just acquire people not interested in the projects at all.. The audience is very broad, but in Taurion, these players are actually real blockchain gamers. So although there isn't a very large audience, it's a very specific one that are more likely to research and look into the other projects. 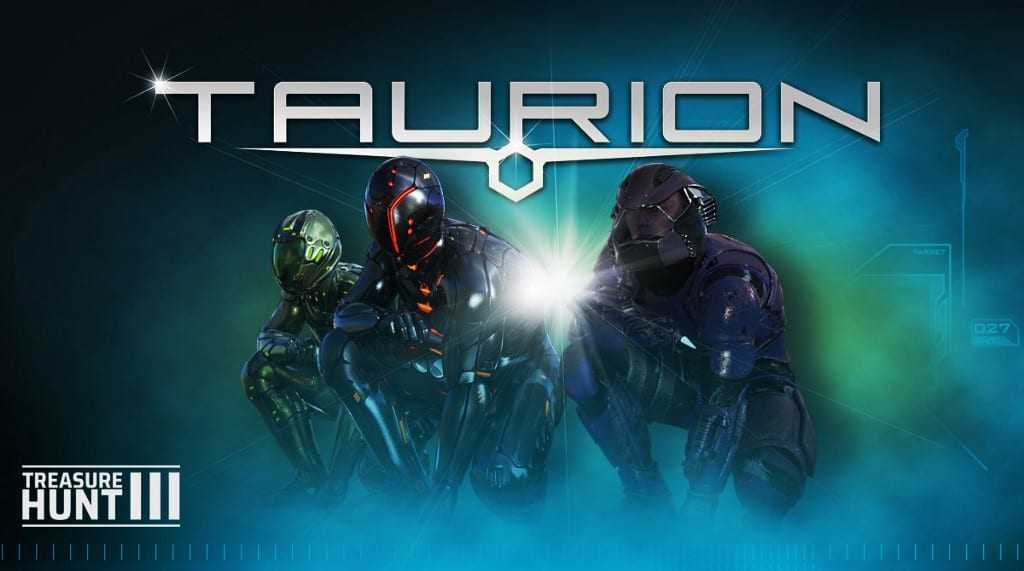 JBB.ONE：Taurion and Soccer Manager Elite are two games that are rather distinct from each other. What opportunities bring XAYA to engage with games of such different genres.

XAYA：The difference in genres wasn't really a choice because of the differences, however it definitely helps to target different audiences and gamers, a bit like a 2-pronged attack.

We've always thought that a Football Management simulation game would be a perfect fit for a decentralised MMO and our partners at Soccer Manager Ltd also agree. So it really is a "match" made in Heaven. Soccer Manager have over 2 million active users playing their Soccer Manager games, and Soccer Manager Elite is a great opportunity to funnel a large number of mainstream gamers into a crypto game in a way that has not yet been done in blockchain gaming.

Taurion is a game based on the original vision of a decentralized MMO we had back in 2013. The main thinking behind it is that of Human Mining, a fair way of distributing cryptocurrency using gameplay, skill, and teamwork in a truly decentralized, trustless, and provably fair way as opposed to requiring vast amounts of mining hardware.

Xayaships is our first official implementation of a technology we have designed and developed known as Game Channels. In 2013 when we developed Huntercoin we experienced all the blockchain scaling issues people are experiencing now on Bitcoin and Ethereum, and thus we designed Game Channels in 2015 and was later peer reviewed in 2016 on Ledger.

Game channels allow for real-time, trustless, and decentralized gameplay whilst also reducing blockchain bloat. In a nutshell, it's similar to payment channels and state channels, however it’s specially designed for gaming. Any number of channels can be opened simultaneously between any number of players, and thus it allows for a virtually unlimited amount of transactions per second for just 2 or so on chain transactions.

XID is a DAPP built on Xaya that allows the Human Readable Xaya account names to act as secure digital identities. It allows for decentralised passwordless authentication onto any systems that implements it. XID is based on NameID created by Xaya tech lead Daniel Kraft in 2013 and I believe was the first such system to be built on blockchain. There are now a lot of projects that focus on this very technology alone.

We currently use it for Taurion and Soccer Manager Elite for authenticating onto XMPP chat servers.

Treat Fighter is still in development by Tricky Fast studios, however the full launch has been delayed. Originally as an MVP built from scratch without any of the Xaya libraries that were built after, it is really a genius in development itself. The team are currently looking for avid unity developers to rewrite the core blockchain code using all the latest Xaya libraries and if anyone would like to do so, please get in touch with us at info@xaya.io.

And here goes the questions regarding XAYA partnership with Ubisoft.

JBB.ONE：How would you describe your partnership with Ubisoft? What are the chances/changes it brings to XAYA after joining the Entrepreneurs Lab?

XAYA：Ubisoft are one of the largest game companies in the world. Their experience and knowledge they bring and share with the Xaya team is exactly what is needed. Even though we have been developing and researching blockchain games since we built the world’s first in 2013, we are lacking in actual game development, onboarding, metrics, kpis and more.

They have made us aware of many of the challenges associated with game development.

And of course, Ubisoft are looking into the most cutting edge tech, so we can also bring our wealth of experience in blockchain and decentralized games to Ubisoft in return. So it really is a mutually beneficial collaboration.

JBB.ONE：What are the factors that facilitate your partnership with Ubisoft? In other words, what kinds of things is Ubisoft seeking in this partnership.

(JBB.ONE: But we know you are very concerned about this since it's top 3 after the question gathered and voted. We summarized the main points in all Lab‘s projects’ interviews. It shows.

First of all, it must be a project that truly based on blockchain. Then, you must have a clear blueprint of your own projects, not just prepare for basic questions like “why blockchain?" and "how does blockchain help the project", but also thought about “What kind of Chemistry may occur between Ubisoft and your project” this point of view.

Today is XAYA‘s moment. If you are interested in Ubi‘s Lab, we will talk about it next time.)

XAYA：Not anything that I think we can share at the moment unfortunately.

JBB.ONE：What stage is XAYA’s collaboration at with Ubisoft, if any?

XAYA：We are part way through Season 5 of the Lab at the moment. It will continue for a couple more months.

JBB.ONE：What is your future plan regarding further cooperation with Ubisoft?

XAYA：At the moment it's more of a wait and see what happens regarding Ubisoft. :)

JBB.ONE：Any strategic plans for XAYA development in the future?

XAYA：We are hoping to start development this year of our first Truly Real-time game using game channels and more details about that should be made available by the end of the year.