CryptantCrab is a Blockchain PVP game centered around artistically designed crabs that you can battle, mutate, collect and trade. Each CryptantCrab hatched is decentralized and truly exclusive to you. This means no-one will be able to temper with it, not even the developers! Designed to be uncheatable, all competitive and multiplayer aspects are on the blockchain. Players can mutate their crabs and pit them against challengers in the battle zone and all the victories and experience gained is recorded with the Crab on the blockchain. With over a million different possible combinations and the mutation system, players will have a hand in determining the look and powers of a Crab, even after it’s hatched, to create the ultimate CryptantCrab. 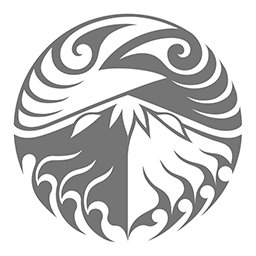 JBB.ONE：Hi Desmond. First thank you for accepting our interview! Could you introduce you and Appxplore (iCandy) to our audience?

Desmond：Thanks for having us! We first started Appxplore (iCandy) as a small studio consisting of just 4 people to create fun games almost 8 years ago. We have now grown into a studio of over 40 people and have expanded our portfolio beyond mobile games into our first Blockchain Game CryptantCrab. We’ve released over 12 mobile titles and seen quite some success in the mobile game industry.We truly understand the user experience for both gamers and non gamers which drove us to develop a great crypto game that envisions a user experience that allows everyone to step into the exciting world of crypto gaming.

JBB.ONE：CryptantCrab deeply impressed us with its colorful NFTs. Could you give us a brief intro of this impressive game?

Desmond：CryptantCrab is a Blockchain Game that features vibrantly colourful crabs that draws the popular traditional 'Betta Fish Fight' sport that originates from Southeast Asia and is even recognized by the King of Thailand. We chose to use Crabs instead of fish because they are truly extraordinary creatures with thousands of different species across the world from all shapes and colours.
These Crabs emerge from a world influenced by 5 different elements of Earth, Metal, Spirit, Water, and Fire which we drew inspiration from nature’s elements of Chi. By using influences from nature, we created a combination of colours and elemental inspirations that turned it into the CryptantCrab we have today!
This all leads up to the battles in CryptantCrab where players fight their way to the top. Just like how fighting fish flare up in all their glory during battle, we added an in depth competitive aspects to the battle between crabs to make each fight an intense mix of possibilities. 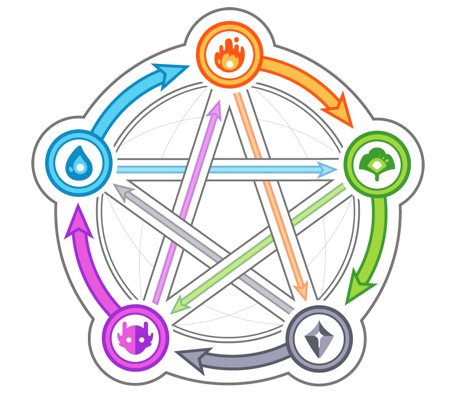 JBB.ONE：CryptantCrab is a very popular blockchain game. What do you think is the most unique and attractive feature of CryptantCrab?

Desmond：For CryptantCrab we explored a new direction from the conventional breeding system most NFTs had and created a unique feature of modifying your existing assets. Breeding normally increases the number of assets in a NFT economy and generally decreases the value in the market. On the other hand, CryptantCrab offers mutations that allow you to transform a single part into another possibly legendary part to make it stronger in the world of CryptantCrab.

Aside from mutations the Xenograft feature allows you to transfer a specific part from a single crab to another while turning the other into a fossil. This provides even more value as it helps build complete Crab sets that gain additional bonuses and also creates a fossil. These fossil finds new life by being able to help enhance a Crab during battle, creating a cycle that keeps all assets while expanding their usefulness in the game economy.

This all leads up to the arena battles which allows players to fight it out onto the leaderboard where prizes await. This is where all your mutations and fossils come into play and allow you to fight others for supremacy with your own combination and strategies.

We hope these features revolutionize the way NFTs are seen and how they can interact beyond just being visually appealing collectible assets.

Desmond：We have tremendous faith in the Blockchain game industry and we see the industry evolving beyond what it is now.

The features of Blockchain has the capability of expanding the possibilities of the Gaming industry and will revolutionize the way we see games. The huge aspects that we can see spearheading the change is the true ownership of assets and the transparency of interactions. These will make a mark in changing the way we see games and carve out a niche for Blockchain Games in this uncertain environment. 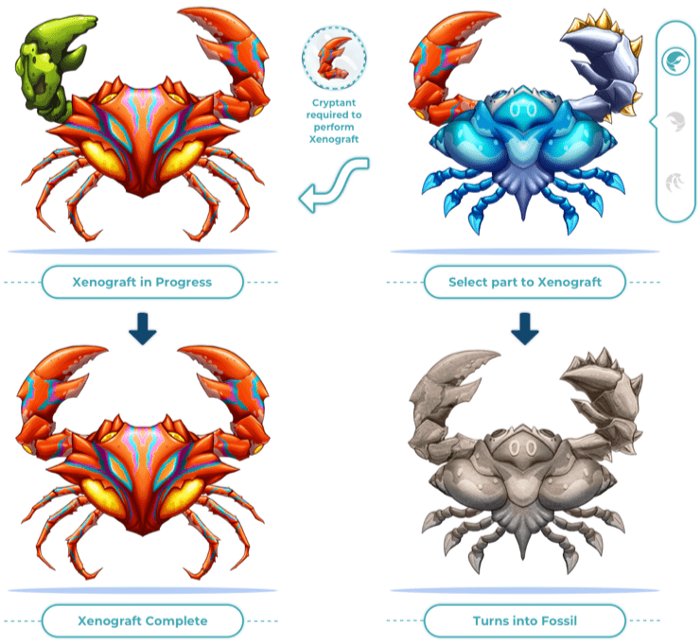 JBB.ONE：We noticed this on your site “The concept of this crypto sport is inspired by the popular traditional ‘Betta Fish Fight’”. Why did you adapt the gameplay of fish fight or crab fight into a blockchain game?

Desmond：We grew up experiencing the fun of the fighting fish sport and watching intently to see who comes out the winner in their ferocious fights. The sense of pride of owning a real fighting contender inspired the project. We wanted players to be able to truly own a beautiful creature that is alive on the blockchain and can continue to grow and develop.
The vibrant colours that Betta Fish have and the vicious nature of the battles is a refreshing new concept that stands out from the traditional RPGs or the cute styled NFT Crypto games. CryptantCrab was intent on bringing a new feel that had more competitiveness and game elements that could convert into Blockchain e-Sports.

JBB.ONE：PVP is a vital part of CryptantCrab. Do you have any cheat for players to create stronger crabs for battle?

Desmond：One of the best things you can do is to keep a lookout for the Growth Points on a Crab with totals going up to a limit of 8 and some extremely rare ones having 9 Growth Points, these will determine how strong they get as they continue to gain levels. Choose to focus on matching stats with their Crab Heart or even the spread among the different stats to create a strong fighter. Just like real crabs in nature, each Crab has their own variations and no individual is born with the same strength and abilities.

Another tip is to try Mutate and Xenograft your crab into a complete set of its body, this will grant it a significant increase in resistance all round that could greatly increase the defensive capabilities of your crab.

Finally having fossils when you go into battle makes a huge difference! Whether you have a regular fossil or relic fossil, they add a bonus that gives you an edge against the competition. Do keep in mind that if the Fossil matches the element that your Crab has that bonus would double!

JBB.ONE：Currently all the crabs are fighting 2-on-2 in the arena. Are you planning to add more competitive modes like 5 on 5, battle royale or group fight?

Desmond：The 2-on-2 Arena Battles are a great way to get players familiar with how different mechanics affect the game. We've had a ton of ideas for the battles and have in fact panned out a battle royale concept. Before we implement these we will have to observe, evaluate and gather feedback from everyone before we proceed with these ideas.As much as we would love to implement the hundreds of ideas we have, we want to deliver only the most exclusive features to the players for the most exciting experiences that everyone can enjoy.

JBB.ONE：Appxplore (iCandy) is a renowned studio with several wonderful titles. Do you have any plan to launch blockchain versions of your previous traditional games? Are you going to create more blockchain games after CryptantCrab?

Desmond：Never say never. We’ve enjoyed the reaction we’ve seen from players in CryptantCrab and they seem really receptive of the unique economy, colourful crabs and battle system. Among our games we have things like cute creatures and even aliens so we can definitely see the possibilities. We believe that in the near future, blockchain gaming will be a part of the ecosystem in the gaming world and we're ready for it! Want to know what's next? Stay tuned to us! 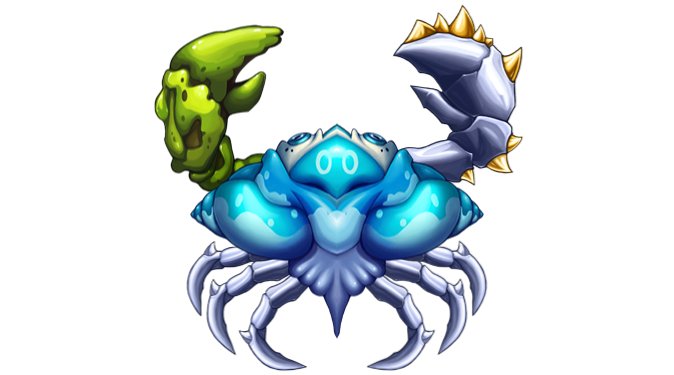 JBB.ONE：We heard that you have more exciting contents to release in the future? Can you share with the future planning and prospect for this game?

Desmond：The upcoming tournaments would be a main highlight event that everyone would want to get a piece of. With a total of over 32 ETH that continues to accumulate, it’s definitely an event you don’t want to miss.

As we have mentioned previously, we have so many more ideas for CryptantCrab! What we can reveal to you is that we have plans focused on new exciting battle systems and adding more challenges to the gameplay. This will provide more uses for the Crabs and not just allow players to enjoy the game but also feel the value of their assets grow in different areas. The priority is definitely going to be on the battle system and gameplay but we encourage everyone to stay tuned to our page and Discord for more updates!

Desmond：We believe in the future, blockchain gaming will restructure the ecosystem of the game industry. Players will no longer be just an "end user" anymore in a place where everything will be "started" by all the players who participate in the ecosystem. Even players will have a hand in affecting the economy of the entire industry. This will be the true power of ownership!

Players are ready to become a real "player" not just in a virtual world but also as an industry driving force! Just imagine, players will not only hold digital assets, but possibly even own a battlefield or a game that can generate revenue from other participants and even from developers, publishers or advertisers. 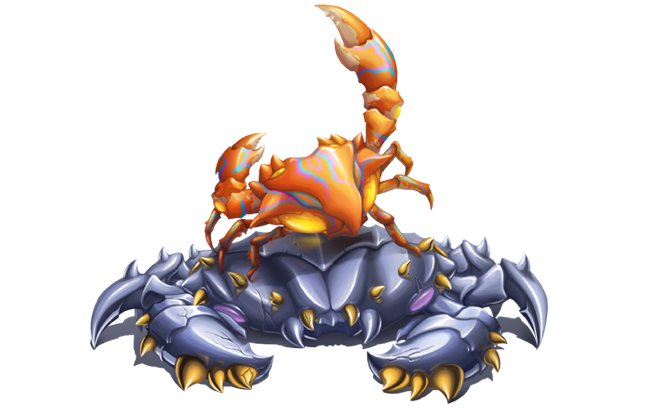