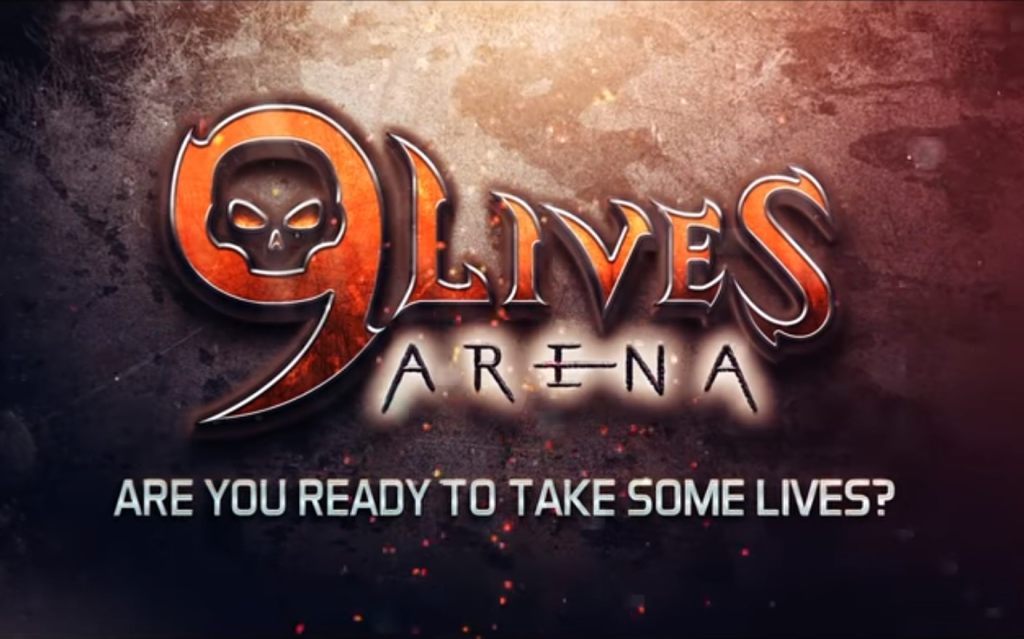 9Lives Arena is a very unique online fantasy RPG with a focus on 1v1 PvP. Each character possesses only 9 lives. You lose them all, you lose forever. Apart from combat, players can gather resources required to create unique items and skins according to their Blueprints. These are all Enjin NFTs with true ownership. Players also have their own loyal AI partners-- Ooogy. It will help the player do the time consuming chores even when they are offline, yet of couse, you need to give them a good feed firts. 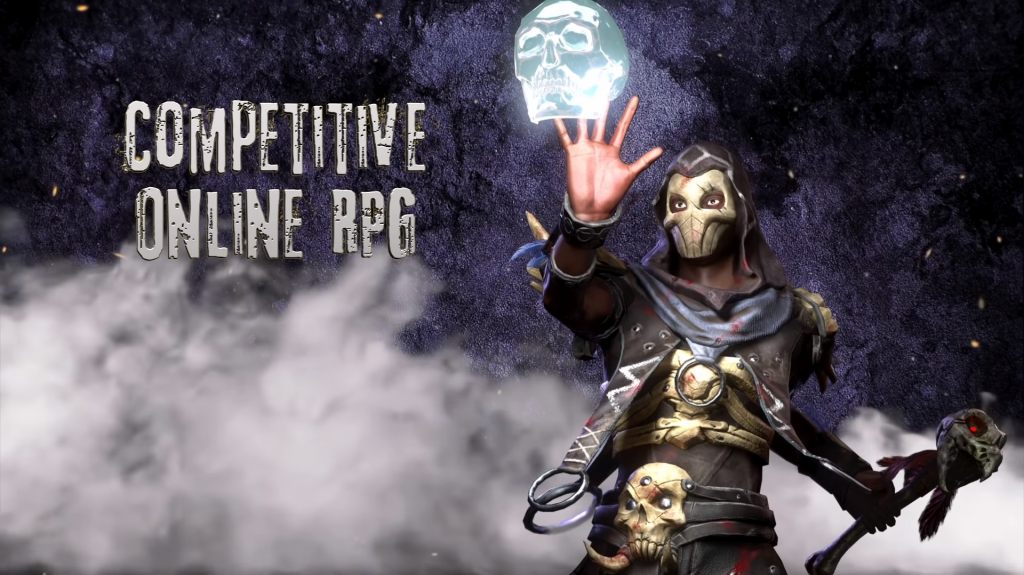 JBB.ONE：Hi, Ralph, we are very glad you accepted our interview! First of all, introduce yourself please?

Ralph：My name is Ralph Laemmche and I am the co-founder and CEO of Touchhour Inc., which is currently producing 9Lives Arena. I have been in the games industry for over 29 years and have worked on many games. Besides that I am a really competitive gamer since childhood and 9LA is a true passion project! It’s really exciting now to be running my own development studio and seeing my initial concept truly come to life.

JBB.ONE：9 Lives Arena is a staggering mass production and has attracted much attention from the onset of its first trailer release. Please simply introduce us to this unique new game.

Ralph：9Lives Arena is a very unique online RPG with a focus on 1v1 PvP. The whole experience is focused around 1v1 rather than team based competition. You won’t have any weak team members to blame when you loose a fight. ;)

The game features complete freedom in terms of character creation. You create your own templates/builds – no fixed classes at all!

Resource gathering and crafting is done by the worlds first online/offline companion – your Ooogy! Ooogies work for you while you are online BUT also while you are offline and away from the game. You can access your Ooogy while on the go through a mobile companion App that we are developing for Android and iOS. Think tamagotchi on steroids.

The fact that Ooogies can work around the clock for the player (if leveled and fed by the player) balances out the permadeath feature. Permadeath plus persistent progression is another aspect that makes 9LA so unique. It's similar to a Rogue like game but focused on PvP rather than PvE.

To top it all off, we have added true item ownership into the mix utilizing Enjin to put items on the blockchain. This allows us to create the first game that enables players to become part of the monetisation of ingame skins. We have developed a unique system that allows players ownership of super rare blueprints that they can use to craft items and sell them to other players. 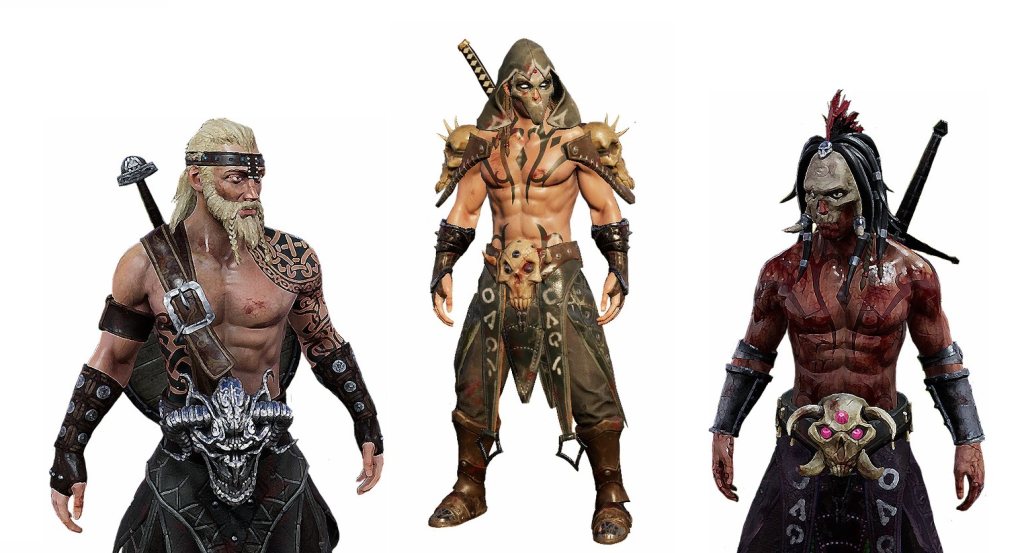 JBB.ONE：Among the recent new games, 9 Lives Arena is really special, but what aspect in the game do you think is the most unique and attractive to the players?

Ralph：I think that would depend on the player. I personally love the aspect of permadeath which gives the game real risk versus reward and makes competition very exciting! I also really love Ooogy whom I created because I found myself not wanting to spend so much time on resource gathering like you do in many games. I wanted to get a good balance between competing at a high risk while still not having a tedious way to reclaim items. With Ooogy each player basically has his own personal employee!

I also love the whole blockchain aspect around our Enjin backed items which in itself is a worlds first in terms of giving players the opportunity to make money on skins.

Ralph：First and foremost, the idea was to create a great game that could be enjoyed worldwide. The idea to integrate blockchain technology came much later due to the fact that Enjin actually makes this part very easy for us by providing an SDK (software development kit) for the Unreal Engine that we are using to develop the game.

To us, this is the perfect fit for the games item creation and trading part between players. Adding blockchain technology is like the cherry on top of a great ice cream sundae. I believe that blockchain technology is the future and it’s great to be on the cutting edge. I have spent a lot of money buying skins and such over the years, in various games; however, when the game company closed down or I was done with the game I never received anything else from it.

Now with blockchain technology gamers have the advantage of truly owning their items meaning they can sell them safely and securely or they can "melt" items when they are done with them and extract the amount of crypto currency and in our case Enjin that is within each item. JBB.ONE：On the official website, you said 9Lives Arena is a "A love letter to 1 on 1 fantasy PvP". This sounds so romantic. Is this one of the reasons why you make PVP games? What promoted the birth of 9 Lives Arena? Where is your feeling of where PVP games comes from?

Ever since then, there were countless MMORPGs that all had great open world PvP encounters and each one of them had a dedicated dueling scene. On WOW for instance people would duel 24/7 outside the city of Orgrimmar (on the Horde site). But this audience never had a game really dedicated around a fascinating 1v1 experience. PvP was often an afterthought or more tailored towards battlegrounds - class based and therefore hard to balance.

Lately, with MMORPGs being more and more casual with no great or a pay to win pvp experience there was hardly anything left for players like me.. We migrated to mobas and such but those are mostly team based experiences. The Souls series came along and did innovate a bit and they had the invasion system that brought back the dueling community… but even those games were mainly focused and known for their PvE – PvP was a great addition but not the heart and soul…

That’s where we come in 9Lives Arenas heart and soul is: 1v1 fantasy PvP!

JBB.ONE：This game is giving the players exciting visual entertainment and it seems to have invested a lot in art and 3D animation? Also, is there anything else for you to be proud of in production? Did you encounter any problem in the development process?

Ralph：Thank you! Even though we are a small indie studio we wanted to be as close to a visual triple A experience as we could get. We work with the same stuntman for example that did all the Witcher combat animations of the games. Our lead artist and character modeler came from EA and previously work on fifa characters.

We are really proud of every aspect of the development so far including music by Cindy Gomez and John Koudounis and sound effects from Dynamedion which is all still a work in progress. JBB.ONE：In 9LivesArena, Blueprints are a very special feature that allows players to manufacture and monetize their equipment. As far as we know, this part is chained. What other parts in 9Lives Arena are also chained?

Ralph：Ooogies are world's first ERC-1155 NFTs where each of them gets a unique token image that represents its unique looks. Ooogies are made out of gene codes including so called royal bloodlines. The more royal bloodlines will be included in your Ooogies gene pool the rarer he will be and the cooler he will look!

JBB.ONE：As everyone knows, 9Lives Arena is a "One versus one, skill-based PvP RPG" game and the game between players must be a major part of the game. Can you tell the players how to be stronger in the competition? What's more important? technology? Equipment?

Ralph：Player skills trumps everything. 9Lives Arena is NOT pay to win. Rare blueprints which you can buy are no different from the ones each account comes with. They just look cooler and those looks are very rare as each Blueprint is a very limited edition.

Beside that, the fun lies in trying out different builds that incorporate different passive and active skils and spells etc…

Players have to find their own play style and build a character they feel is the most potent in the arena for them to take on all kind of opponents. This part is already super addictive and lots of fun in our current closed alpha which is still open to some more players through a purchase in our store. It is limited to 999 players.

JBB.ONE：AI partner Ooogy of 9Lives Arena also adds a lot to the game. It's great to be able to continue assisting the player while offline. According to official website news, related apps will be launched later as well. When is this content expected to appear on the players' mobile phones? Will other types and appearances of AI partners be introduced in the future?

Ralph：Ooogy Apps on Android and IOS are planned during our beta phase. No need for other Ai partners. Ooogies will get all the love!

JBB.ONE：Obviously, 9Lives Arena is focused on 1v1 competition, Will there be more players in the future to fight, explore, or other games that require more cooperation and communication between players?

Ralph：We are working on what we call the spirit warrior hunting grounds, which gets everyone excited! It's basically an open world area where deceased heroes can port to in spirit form and where they hunt other players to gain their 9 Lives back in order to resurrect! Each kill grants a life and if you manage to get 9 lives back you port out resurrected. If you die in the spirit warrior hunting grounds you are dead for good ;)

That environment will also have some interesting dynamics and things to discover but we can’t give away too much of what will be going on in there ;) We will have lots of exciting new features to share soon! JBB.ONE：As we know, 9Lives Arena opened ClosedAlpha on June 24, which is really exciting! So, can you disclose the purpose of this test, and the future plans and prospects of 9LivesArena?

Ralph：The main purpose is to solidify the network to be ready for a big wave of players to come in the future. So it’s all about making the back end scalable and stable for more players and improving the network code in regards of the effects of latency. We are of course fixing bugs, tweaking features and balancing combat, progression and economy along the way.

JBB.ONE：Thank you for answering our questions. Finally, can you briefly describe your view and expectations for the future of blockchain games?

Ralph：I strongly believe that blockchain and online gaming is a match made in heaven when it comes to certain items like skins and in-game economies. Eventually players will refuse to spend money on traditional in-game skins where they don’t truly own that skin and can resell it whenever they like… From there, the sky is the limit and players might make a living with certain games by producing in-game items on blockchain tech that they sell to others… This is what we are pioneering with our blueprint model that lets players monetize rare looking armor and weapon skins that they can craft.