Exclusive Interview with Vladimir Kurochkin of The Abyss platform 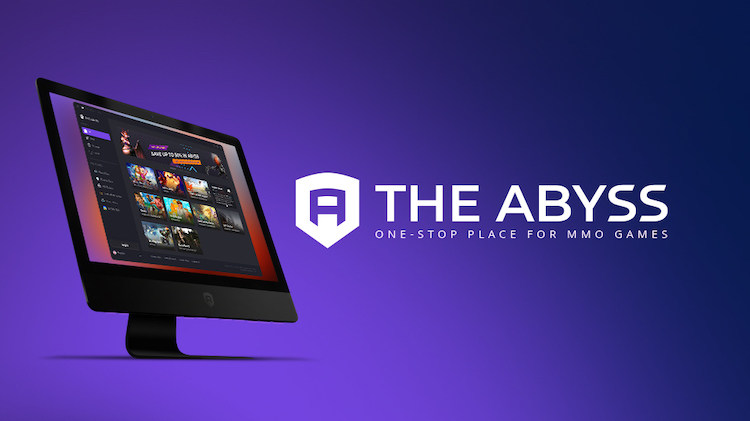 The Abyss is a gaming platform with versatile social features and earning opportunities, designed to be your sole gateway to MMO games universe. Featureing a 5-level Referral Program, developer support mechanism, motivational programs and social activities, The Abyss is cooperating with Unreal Engine 4 to provide the best gaming and developing solution to both gamers and makers. Currently there are over a dozen games available on the platform. Today we are glad to present you the interview with the president of The Abyss, Mr. Vladimir Kurochkin. JBB.ONE：First of all, thank you for accepting our interview Vladimir! Could you please introduce you and your team to our audience?

VK：Thanks for inviting me! I am Vladimir Kurochkin, President of The Abyss, a digital distribution game platform for online video games. It is the first gaming platform with a unique revenue sharing system and social features, where users can play games and earn from various activities.

The platform is being developed by a team of professionals with a significant expertise in the gaming industry. The core team members have 12+ years of experience in programming, software, back-end/front-end development, designing and developing scalable B2B and B2C IT solutions.

The Abyss currently employs 25 people on its development team, with a full staff over 60, and it is constantly expanding. 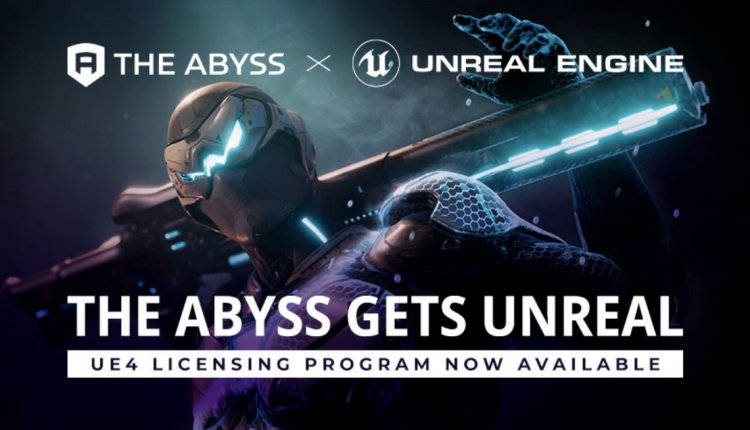 JBB.ONE：The Abyss is a highly expected decentralized blockchain gaming platform. Could you give a brief introduction on it?

VK：The Abyss is taking over the idea of creating a friendly and fair platform for online video games where players and game developers can use all the services and features at one place.

The platform will help game developers to reduce their marketing costs and to deliver their products to the mass users with lesser time and financial resources spent. Due to the Unreal Engine 4 (UE4) licensing program, developers on The Abyss platform will enjoy favourable terms for use of UE4 technology, including access to the Unreal Developer Network (UDN), maintenance and technical support.

Gamers, in turn, are offered various built-in solutions  —  voice-to-voice apps, a hub for guilds, DKP-system and more to meet community demands. For example, the latest version of the TeamSpeak voice & text app will be available on The Abyss in the form of an integrated VoIP solution that will be an important part of the platform’s versatile infrastructure.

Additionally, The Abyss allows its users to enjoy all the benefits of blockchain and cryptocurrency, that will remain the major economic trends for many years to come. Our key services and features rely on platform-specific Abyss tokens which are the ERC20 standard on the Ethereum blockchain. JBB.ONE：Currently the blockchain game industry is still under development, trying very hard to catch up with traditional games. What drives you to make blockchain gaming platforms and stick to it under such uncertain environment?

VK：Blockchain is a relatively new technology and has not yet become massively used across various industries. However, it’s popularity is growing, and the multi-billion gaming industry may become a major use case for blockchain and one of its most enthusiastic adopters. So, the rise of blockchain is the key trend actually.

At The Abyss, we have introduced the dual billing system, allowing developers to receive payments for their games in usual fiat currency as well as in Abyss tokens.

The idea of having an internal currency on the platform is not new for the industry, as it’s been actively used by many game platforms and online stores. However, it’s main purpose on The Abyss is sustaining the work of the referral system and other services which imply a large number of transactions. It would have been impossible to implement such a system without blockchain technology. 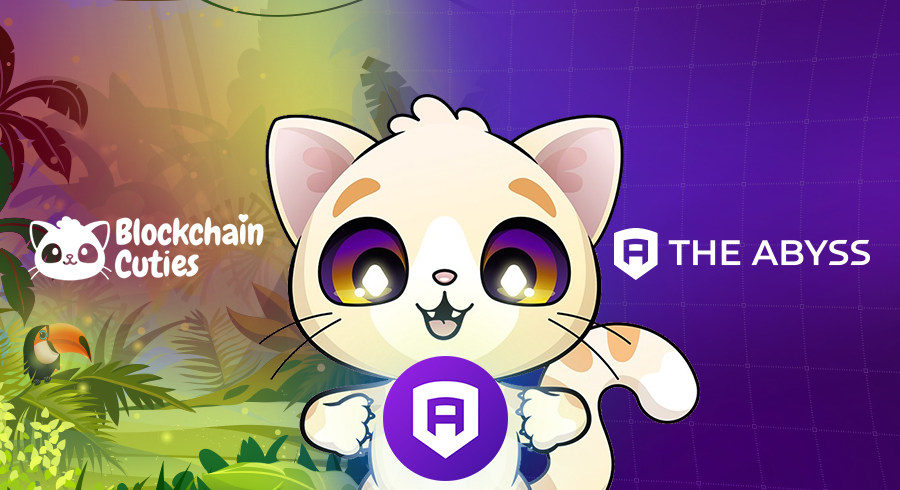 JBB.ONE：What do you think is the most intriguing feature of The Abyss that attracts players and developers?

VK：Well, the project’s key feature is a referral system that rewards both gamers and developers. Users obtain and share their referral link on social media, trying to bring as many referrals to the platform as possible, and get a percentage from each transaction these people make.

The referral program is based on affiliate marketing principle, however, it is far more advanced, since The Abyss offers rewards not only for purchases of your direct (1-level) referrals, but also for the purchases of their subsequently brought referrals (up to 5 levels). The maximum 4% reward is set for transactions of the 1-level referrals. The 2 and 3-level referrals bring 2% from each purchase, and 1% is paid out for the 4 and 5-level referrals purchases.

The Abyss is a gaming platform with a non-typical revenue sharing system. Part of our income generated by the sale of games and services is distributed between gamers and developers in the form of rewards for various activities available on the platform. This is how it works: developers receive 70% from all transactions within their game, while another 20% goes to The Abyss and the remaining 10% are spent on referral rewards to users. 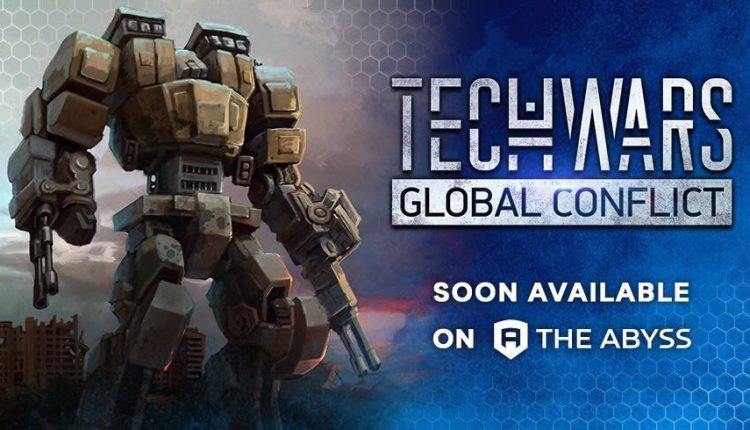 JBB.ONE：You said this on your official site, “The Abyss is a gaming platform with versatile social features and earning opportunities, designed to be your sole gateway to MMO games universe.” Since many blockchain gamers attach great importance to socializing and profits, could you describe these two features of your project in a more detailed way?

VK：Gamers can play games, socialize and - most important - earn from the referral program and various gaming achievements scattered across numerous game projects. The referral program is already operational. Other income-generating features, like motivational programs, are currently under development and on their way.

We’re striving to make The Abyss as versatile and easy-to-use as possible in all respects. Ultimately, it will be not just a gaming platform, but a solid ecosystem, where gamers will find everything they need, from games, voice & text chats to the auction of digital goods and services for earning.

JBB.ONE：Will you be entirely focused on introducing MMO games? Why would you choose MMO games instead of other genres like blockchain card games or farming games which are more popular these days?

VK：In recent years, Massive multiplayer online (MMO) gaming has become one of its largest segments with a diverse multi-million gamer audience and billions of dollars generated as revenue. In 2017-2018, it accounted for about 30% of the world’s $100Bn+ games revenues exceeding the $31Bn mark. The analysts believe that by 2022 the size of the MMO games segment will register a CAGR of 8%, showing a further growth by another $14+Bn during the forecast period.

Some brilliantly designed MMOs become the place where people spend years of their lives and an awful lot of money.

The Abyss will focus (however, not entirely) on the expanding MMO market, driven by the growing popularity of digital content. This is why we joined the race positioning ourselves as “a one-stop place for the best MMO/MMORPG games”.

But still, we’ll be embracing all gaming genres, including blockchain and crypto games. The thing is that The Abyss is not a store selling game keys. We will be welcoming various game studios producing different games. All these games will find our support and will get access to our infrastructure and services.

The Abyss aims at bringing blockchain technology to traditional gaming. At the same time, gamers will get access and get to know crypto & blockchain games through our platform. JBB.ONE：We acknowledged that The Abyss has issued its practical token ABYSS, which grants players discounts when used in purchasing games and in-game assets. ABYSS must have some other usage besides this great feature, doesn’t it? So could you give us a hint on how to make a good use of it?

VK：Abyss Token is a utility asset empowering every stakeholder of our ecosystem. It can be used for in-game purchases, rewards and payouts, value storage among many more use cases and their number will increase with the development of the platform. For the first time in gaming history players will be able to not only use the digital tokens inside the platform. We’re looking forward to making Abyss Token a universal asset with lots of use cases outside the platform.

Besides, as I’ve already mentioned, all the platform’s key services rely on Abyss Tokens, while the recently launched token-support campaign provides users an additional 50% discount for games and 20% off for in-game items if paid with tokens. All that makes Abyss Token even more advantageous compared to fiat currencies. JBB.ONE：It seems that you are preparing to launch Motivational Programs this year to reward individual creation, achievement and performance. This is really inciting! Could you further explain it?

VK：The idea of motivational programs is to offer a group of rewards for individual game achievements, as well as monetization for the content (reviews, streams, videos, fan art, etc.) a user would generate, and finally, rewarding prices for completeing tasks a developer would assign.

Developers used to spend money on CPA-networks, but this money usually goes to the third parties. On The Abyss, developers will interact with players directly with no third parties involved: they can reward players for certain achievements inside their games. 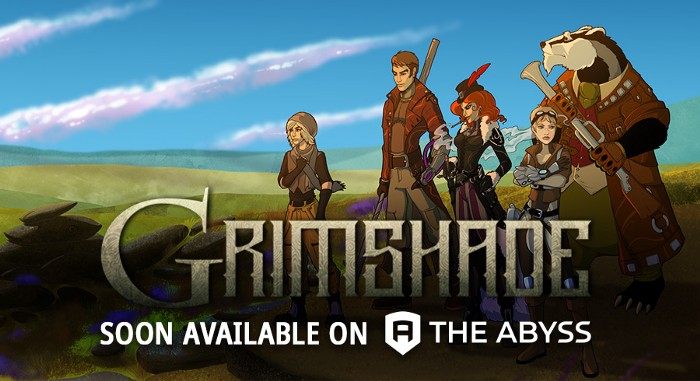 JBB.ONE：We know that you have very clear long-term plan for the future of The Abyss like launching Syndicates and game auctions in 2020, so could you tell us more on the development goals and planning of the project?

VK：Auction of in-game items will allow to trade digital assets. The auction will not be bound to games, so users will be able to buy any available item with Abyss tokens and sell it to other users, no matter what game it was purchased from. Therefore, game developers will get another stream of income. This will be a universal decentralized marketplace of digital goods and in-game items based on Abyss Token.

Syndicates (smth like guilds) will affect the social activities within The Abyss ecosytem in the future. Syndicates are going to be a sort of joint game activity, allowing to gain additional income. Gamers will be able to start their own or join already existing Syndicates and play various games together.

Both features are planned for implementation next year already.

VK：We believe that multi-billion gaming sector will become a major use case for blockchain. The gaming market has a large and yet unrevealed potential and will be an enthusiastic adopter of blockchain technology. This will be a driving force for blockchain gaming, which is an adjacent market to the gaming industry. Blockchain gaming will also get a huge boost.

The Abyss is a global gaming project which is pioneering the advantages of blockchain in the gaming industry. 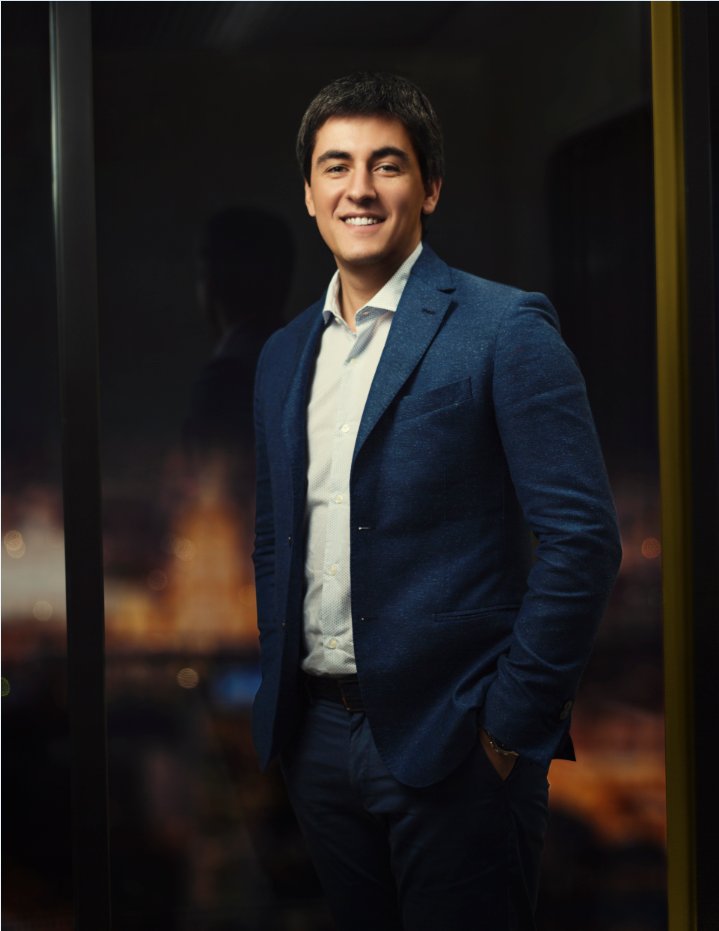