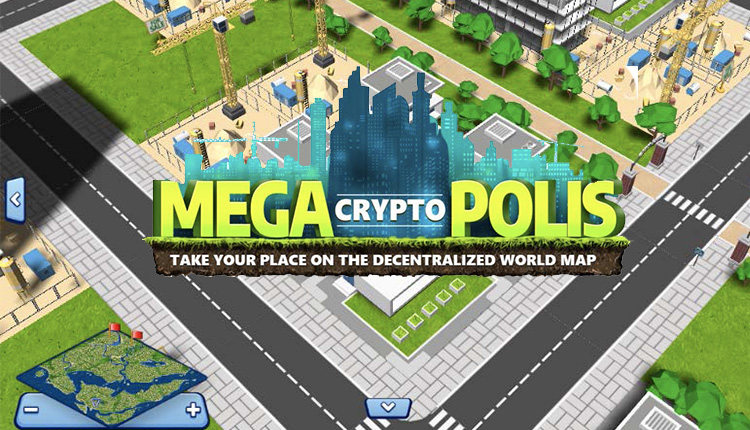 MegaCryptoPolis — a breakthrough online multiplayer strategy game that allows players from all over the world to collectively build a unique mega city like never before. Players can acquire blocks of land to construct their own buildings and eventually upgrade them to gain influence points. Each player can choose from a range of structure types to begin with: a residential building, shopping mall, entertainment facility, factory or even a mining site ― it is completely up to the player. In general terms, MegaCryptoPolis is like playing a Go game with a global community working towards building the ultimate conglomerate. Essentially, you are in control of your own success here.

JBB.ONE：First of all, thank you for accepting our interview! Could you please first introduce the MegaCryptoPolis 3D development team?

MCP团队：MegaCryptoPolis was created and driven by the team of professionals in IT and e-com being highly addicted enthusiasts of crypto adoption. It is a please to answer your questions!

JBB.ONE：Could you please give our readers a brief introduction of the widely welcomed blockchain game MCP? What do you think is the most unique and intriguing feature of this game?

MCP团队：Frankly, MegaCryptoPolis is the decentralized city built entirely on the blockchain. It’s like a huge virtual conglomerate where every land plot and building is a cryptographically unique token owned by a player. It can be freely traded on the open market or used to play the game.

With the upcoming 3D upgrade players will be able to actually live in this city – walk down the streets, drive a car, rent their properties and mange Citizens to produce valuable tokens.

MCP团队：Let’s face the fact that playing your grandma farming strategy game on a mobile or a top-notch shooter on a video console you are dealing with just fantasy instances “drawn” on your screen by some local or server-running code - resulting values can be easily changed by the will of developer rendering your achievements equal zero.

What blockchain brings to a game is a tangible value of every action. Each decision you make in the MegaCryptoPolis has its price - real value that can be easily measured in the Ether cryptocurrency. That means every Influence Point you see on the screen can be converted directly to your local fiat currency. Believe that or not, that does not necessarily makes the primary goal for players to earn Ether or do constant withdrawals – that adds the real thrill and sense for those digitally verified actions.

JBB.ONE：The direction of progress of the city will be wholly dependent on players themselves after the game is launched. Considering the perplexity of joint city planning, do you have any protection or guiding mechanism besides the influence system that helps players planning the city appropriately in the long run?

MCP团队：There are many ways you can play the MegaCryptoPolis. From one side, you can build a whole production line from producing resources to entertaining your own Citizens gaining maximums on Influence Points or be a pro in a single Material like Steel to offer it for the best price on market in the Microeconomy. From other side, you can do bad for other players reducing their influence by construction of Production buildings in the Residential area to maximize your share. What is really important, every action in the game is a verified transaction in the blockchain and game developers have no way to influence it once the contracts are deployed. JBB.ONE：According to your White Paper, the global tax and local tax involved in the game will be announced before the launch of it. We are wondering how did the team set the specific number. Will the players community obtain the right to amend this two taxes when the in game economy reach a stable stage.

MCP团队：On the day the game initially started the Global Tax fund gained 350+ ETH just within a couple of days. It was taxes a District and Federal Funds received from players’ actions not to mention District owners receiving their part and players gaining share from land plots sold nearby. As mentioned in the Macroeconomy report back to Feb this year more than 3000 ETH was paid out to players. Most importantly, minimal land plot price raised 700% since then – you can hardly find a spare land plot for less than 0.07 ETH on the market (initially pricing was 0.01 ETH past year). Districts are traded for as high as 25 ETH (initial auction bid was 5 ETH).

JBB.ONE：After reading your Macro Economy Report, we assume that the next episode of MCP development will be the further enhancement of micro economy. Will you introduce advanced financial mechanisms like real-world banks and insurance to the game besides basic assets like characters and pets?

MCP团队：Microeconomy is just one of the layers that can be built on top of current Macroeconomy model (with its land plots and districts). As described in the Draft Paper, Industrial buildings will start producing Materials those are required by other building to be constructed and upgraded, Office buildings will pay salaries to Citizens, Municipal buildings will receive Insurance funds and so on.

We suppose there can be additional layers introduced in the near future, like the “Avatar Mode” that allows to literally walk down the streets of the decentralized city with your Citizen as an avatar or a kind of mafia game with Gangsters fighting for territories instead of Citizens producing Appliances and Cars. 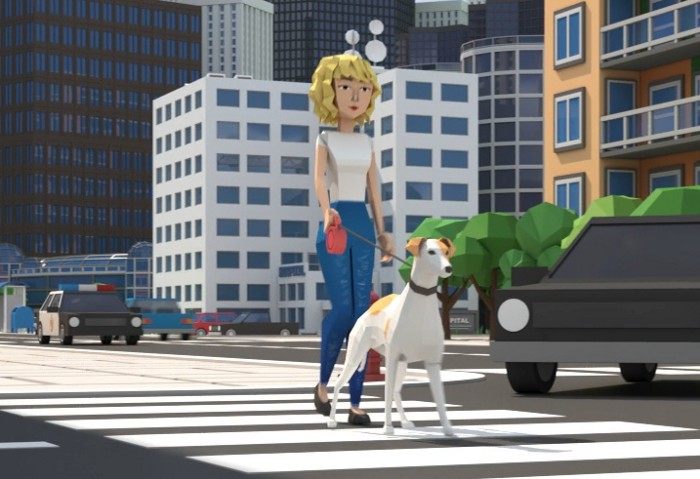 JBB.ONE：In the upcoming MCP3D, will you add more types of buildings or divide existing major types into more detailed ones? And will there be any possibility for players to customize the appearance of their buildings? 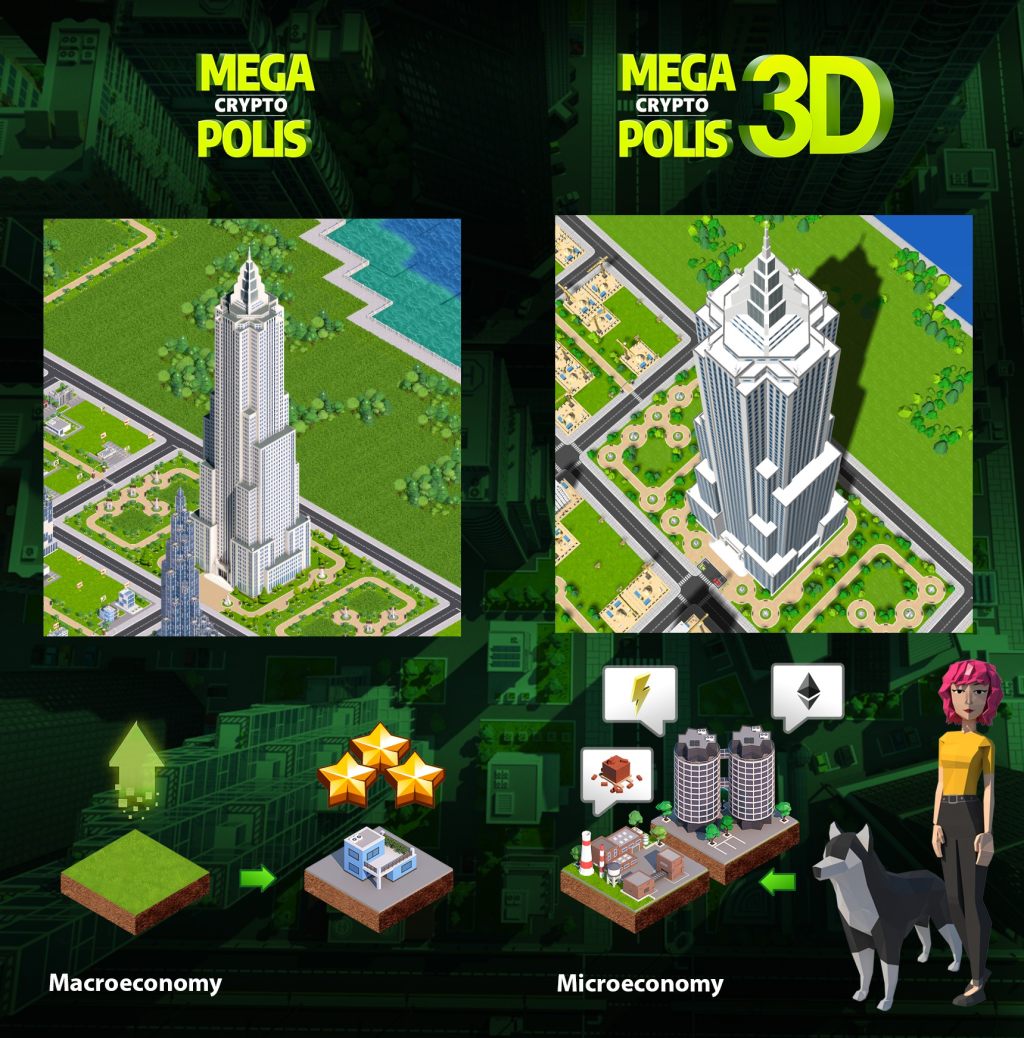 JBB.ONE：We found municipal buildings like Police and Fire Station in the MCP3D White Paper so we are wondering whether you will add mechanisms like disaster or crime? If you had plans for that, could you give us a little hint of what it would be?

MCP团队：There will be a special function in the smart contracts that generates a natural disaster. It should be mentioned, that there is no random in the MegaCryptoPolis.

Firstly, because from the very concept it’s a game of pure skill and strategy, results of every action is determined by the player and his opponent actions. Secondly, there is no trusted random number generator on the blockchain, at least for now. The last but not the least, we don’t want this game to be considered a gambling, as opposed to the most of other dApps running on the blockchains these days.

That said, a natural disaster can happen in any district at any given time and will distribute a solid piece of Ether in the Fund between all the owners of a certain Municipal building type (depending on the disaster type) - and the only things to define beneficiars and amounts of Ether to be received are Influence Points and Citizen’s qualifications. 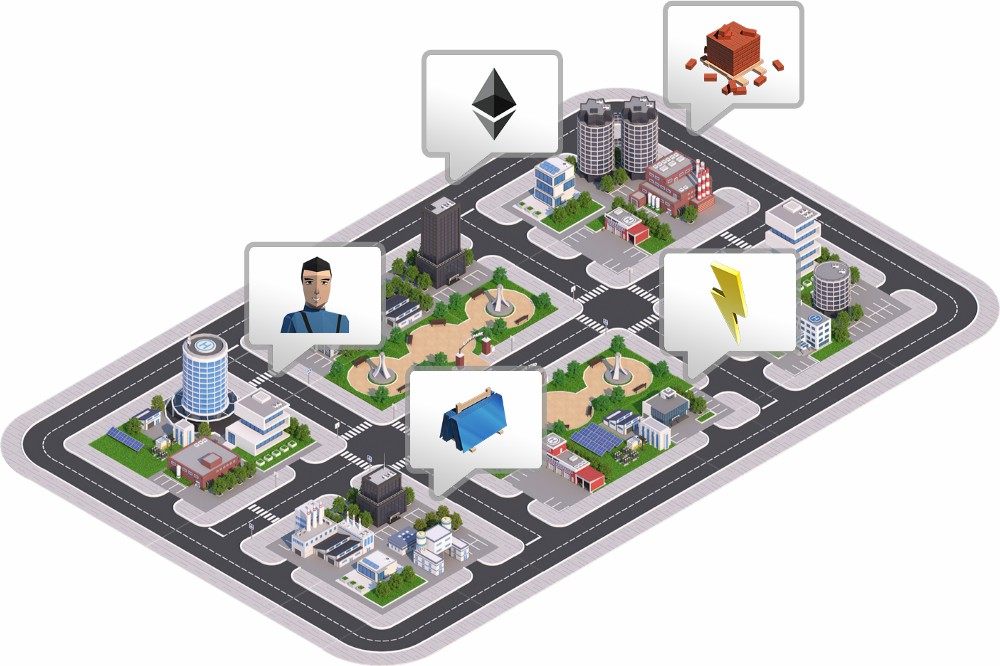 JBB.ONE：We noticed that the qualifications of citizens are not changeable over time without pets. Why did you come up with this setting? Some players consider other ways to improve qualifications (e.g. schools) are applicable. Are they covered in your long-term planning?

MCP团队：Pets are digital collectibles those can be acquired only during special events. They give a permanent bonus to Citizen’s qualification. For example, at the moment there is a limited time offer (available unlit July 25) with the super exclusive Lion Pet and 30% discount on Microeconomy game assets. This Lion gives +5 Points Bonus that can make any average Citizen a Top Manager performing a its best in the certain building (producing more resources or making more Ether). That means a puffy Pet can seriously impact the actual results.

As the MegaCryptoPolis is undergoing constant development and always reacting on the players’ requirements - Schools and Universities may be introduced in the next upgrades.

JBB.ONE：The blockchain game industry is relatively small but rather international community. So are you planning to support multi languages in the future versions?

MCP团队：MegaCryptoPolis is translated to 4 languages and we plan to add support for more in the future releases.

JBB.ONE：MCP has collaborated with a couple of outstanding blockchain games. Could you tell us something about the future development and goals of MCP 3D in the long run, like what types of game are you going to cooperate with.

MCP团队：There was a great collaboration with CryptoKitties those brought limited mount of unique Kitty Pets to the Microeconomy. OpenSea integration allowed for trading of the Microeconomy assets easily, support for land plots and districts will be added on the MCP3D launch day. We have just announced the decentralized city expansion on the new blockchains – with the TRON being the first one (All the details are available in the official blog) and that will be the primary goal after the MegaCryptoPolis 3D launch. 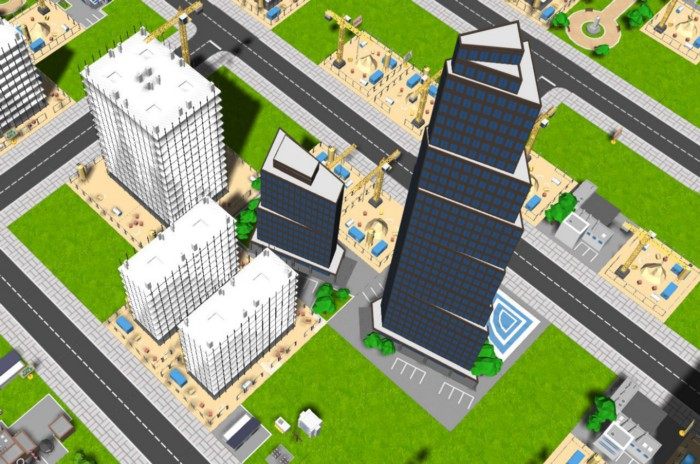 JBB.ONE：Thank you for your precious time! At the very end, could you share with us your opinion and expectations of the prospect of blockchain games?

MCP团队：Let’s be honest, one can hardly name even a couple of really decentralized games with an actual gameplay existing today - but they are yet to come, and the MegaCryptoPolis 3D with its Microeconomy model will become one of the first to introduce really deep and involving gameplay built totally on the decentralized smart contracts.

Many thanks for an opportunity and these in-depth questions!

MCP3D started! What will be your strategy?

MegaCryptoPolis Closed for the MCP3D Upgrade

Getting Ready for the MegaCryptoPolis 3D Alpha Test

Districts Governance in the Microeconomy

MegaCryptoPolis 3D Comes to TRON with more to follow