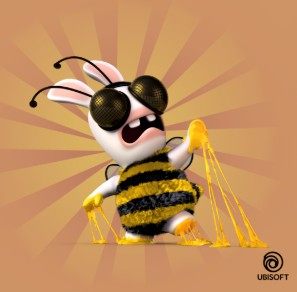 Ubisoft has been known for showing interests in blockchain gaming over years. But, for the first time, Ubisoft officially released their first crypto-centric ‘game’. Essentially, the ‘game’ was designed for charity, so there is nothing much about gameplay. In a word, you will get a POPO(Proof of Plausible Ownership) to Rabbids Token as reward for making donation to UNICEF - all for a good cause.

The game Rabbids token seems to be a pull-off from the long lasting title Raving Rabbits. At first glimpse, you might view it as Ubisoft’s version of CryptoKitties, which crashed Ethereum when it first launched. However, you won’t have permanent ownership to those Rabbids themselves. Other players can steal your rabbids by making a donation. And the Rabbit will immediately transform themself into other styles. it’s known for mischievous, unpredictable and elusive! Buyers will get a POPO (Proof of Plausible Ownership) for their temporary ‘ownership’. As Ubisoft has emphasized, “you can grab a rabbits token whenever you want, and as collector, you are the ones who make them transform”, this gamification of charity event does fulfill your collecting desire in a certain way, and for a good cause!