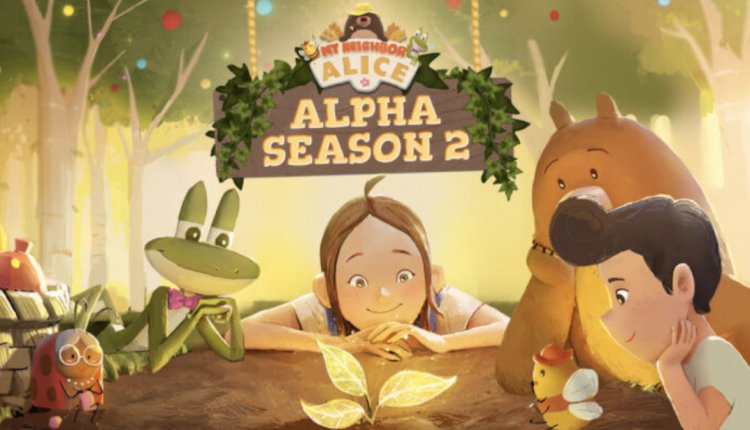 The popular blockchain social game, My Neighbor Alice has recently released its game version 2.0 to the mainstream audience.

The title had a successful nine-month pre-alpha stage back in September 2021 and then released fully this year in June. Since its release the game has seen steady growth in popularity. The game offers multiplayer gameplay where users build and manage virtual land, perform daily activities and interact with their neighbours.

All of these in-game aspects can see the player earn in-game rewards. The decentralised game functions entirely on blockchain technology and aims to bring together diverse gaming communities and decentralised finance enthusiasts. In the world of My Neighbor Alice players can experience an open-world game with narrative gameplay and built-in NFT marketplaces.

Developed to promote blockchain adoption among the gaming community, the title has seen worldwide interest. Intrigue surrounding the title continues to blossom and with new content being released fans have more to be excited about.

In-game features which all players have access to include:

land sale auction in the first quarter of 2023. The game will also host periodical land sales and items that can be traded through the in-game marketplace.

In addition, other blockchain games such as shooter ev.io have recently added mobile compatibility and a new Web3 card game The Lost Glitches is launching on ImmutableX.