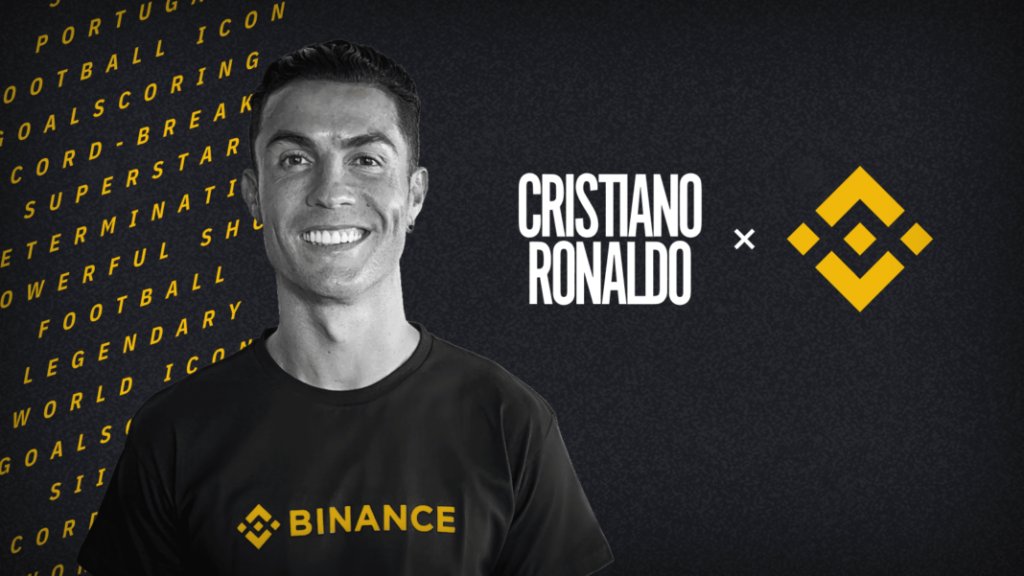 Just In! Binance announces a multi-year partnership with the GOAT Christiano Ronaldo. Binance announced this on their Twitter and CR7 retweeted.
Binance is the biggest cryptocurrency exchange in the world with respect to trading volume and Ronaldo is unarguably the most influential football player in the world with more than 459 million Instagram followers. (most followers on Instagram)

Binance is focusing to promote NFTs and Web3 technologies to his huge fanbase as the exchange believes it will be a compelling entry point for the audience.

Both these giants will work together and create a series of NFT collections that will be listed and traded exclusively on the Binance NFT marketplace. With the player’s collaboration, Binance has stated that the first NFT collection will be released later this year.

“Cristiano Ronaldo is one of the world’s best footballers and has transcended sport to become an icon in multiple industries. He has amassed one of the world’s most dedicated fan bases through his authenticity, talent, and charity work,” said Binance CEO CZ.