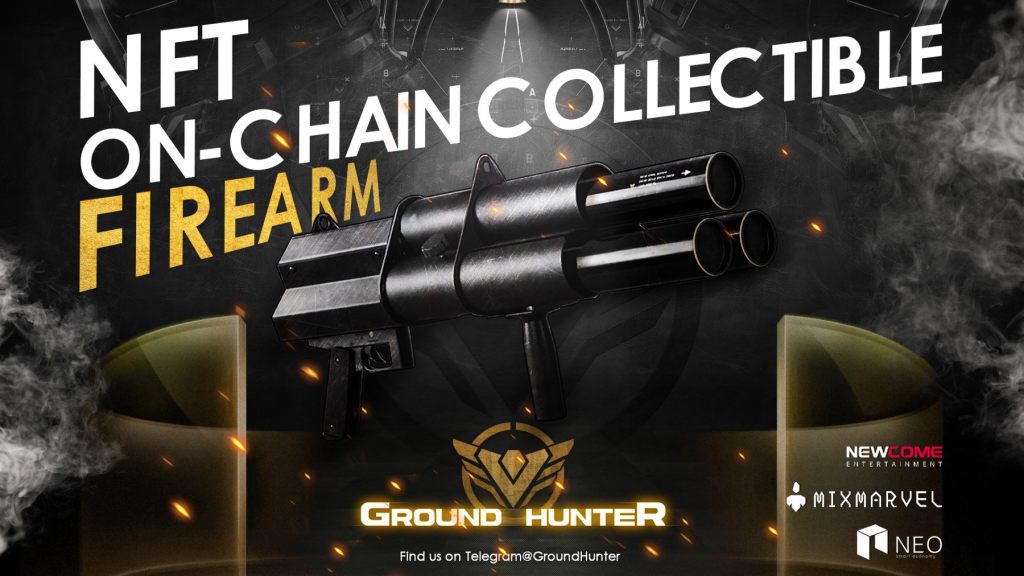 Recently, the leading public blockchain project NEO announced its partnership with MixMarvel, the global blockchain game publishing platform. Both parties are planning to commence their partnership by launching Ground Hunter, a blockchain-based FPS game, that will become one of the market’s first large-scale FPS games, followed by a series of preheating events, that are going to last for up to a month.

On Sep.19th, Ground Hunter opened a 2,000,000MIX bid for the in-game №1 weapon. The auction price instantly increased 20 times, which lead to the market price exceeding 1500USD by the end of the first day. The starting price was set at 1000 MIX and aroused an enthusiastic response of the players as soon as the auction channel was opened. This fact fully reflects the characteristics of the NEO and MixMarvel community operations. Such an increase in the weapon price denotes the players’ recognition towards the value of the in-game NFT (Non-Fungible Assets) and their high consideration towards Ground Hunter.

At present, the auction activity is still in progress. As the degree of community participation increases, it is expected to reach the target auction price in advance.