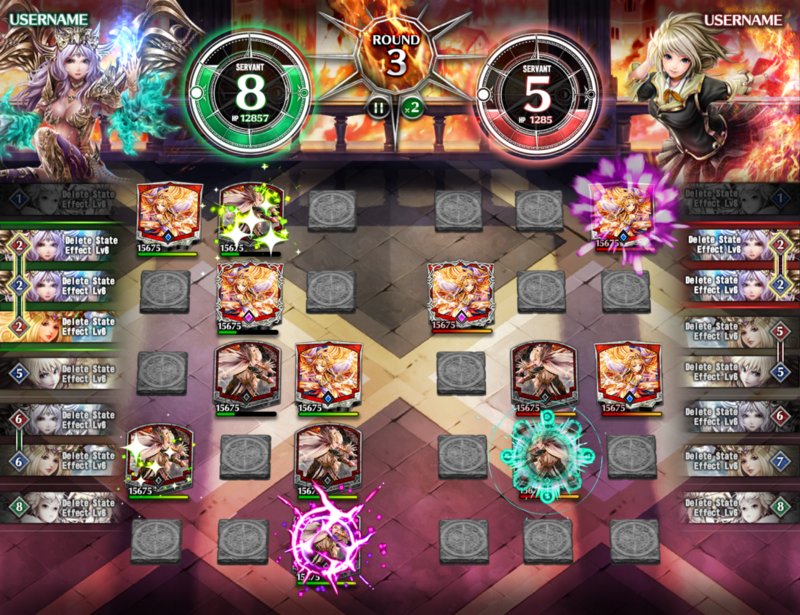 ♦ Eliminate all the enemies to win

♦ If the winner is still unable to determine, one with more remaining HP will win.

♦ Use the servant to 8vs8 fight

Something you can get in battle

A total of 16 servants act on both sides.

The action is taken from the first attacker of the first position, and the final attack is followed by the end of the round.

An allied servant with the same order will simultaneously perform a combo.

Therefore, the final stage can use a large number of servants at the same time to cause a lot of damage compared to the opening phase of the round.

If two servants are configured in sequence 1, one of them will be in standby without action.

The key is how to fight in the fifth round. The attacker and guardian can act every turn, but the magician can only return in an even number, and the therapist can only move back in odd numbers.

The guardian needs to guard the magician and the therapist from being hit before the action.

The wider the attack range, the more dispersed attack and recovery the servants will be in. The small range of firepower is high, but there is a possibility of attack failure.

You can build a well-balanced team, such as an attacker targeting a narrow range of enemy defenders, or a magician with a wide range of debuff attacks.

Pros: Skills can be launched on many objects. Action is easy to succeed.

Disadvantages: Skills can be launched on fewer objects. Action is easy to fail.

There are reward squares for each season in the battle. A special square will be given a gained buff, so it is more likely to place servants in the square.

Who should be the first priority to protect?

In order to let the servant of the main combat live to at least 3 rounds.

In order to restore the abnormal state of the inoperable servant

In order to let the enemies can’t act due to abnormal conditions such as paralysis, freezing, sleep, temptation, etc. 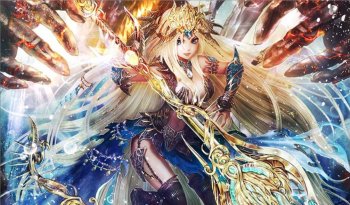 Wars of Cutieland: Choose your strategy to decide the fate of the blockchain world