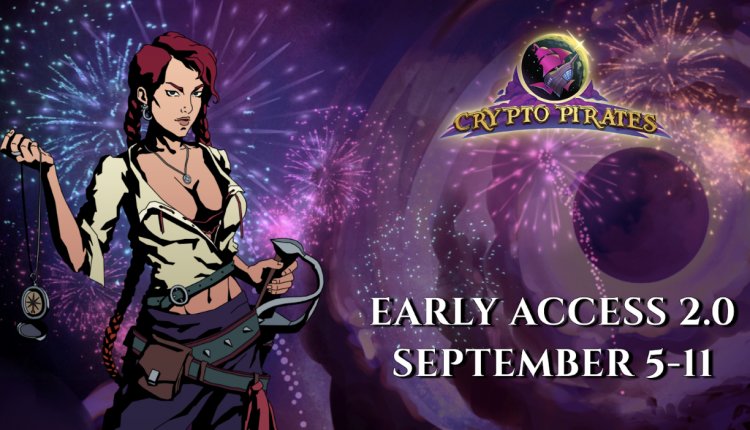 Crypto Pirates has officially launched Early Access 2.0 this week. Running from September 5th until 11th, any holder of a dedicated NFT will be able to participate in this beta. In addition, new players looking to experience the game can still have their share of funds by minting NFTs.

Early Access will go on for six days full of adventures, encounters with mythical beasts and other buccaneers, and opportunities to make a pretty penny and attain pirate glory.

Being the second stage of early access for players means introducing several new features for players to test drive. Players can find and store rare artefacts in a dedicated Stash within each port.

Every port will have its own separate Stash with a single slot by default. The Stash capacity can be upgraded by using an NFT. The higher the grade of an NFT, the more Stash slots the player can get:

Within these ports, players can also buy artifacts in dedicated port Shops. Each artifact offers unique buffs to a player’s character and ship. For example, the Harbinger’s Clock artifact that recovers 2% of the ship’s HP.

Ship repair mechanics have also been re-adjusted to improve balancing and player engagement. According to the team, the cost of repairing a ship in a port has been reduced from 1000 $PST to 500 $PST. If the player has insufficient resources while exploring, the cost is set to 50 $PST for all game modes. The cost of repairing a ship mid-сombat is different for each game mode:

Exploratory – 100 $PST
Adventurous – 125 $PST
Stealthy – 75 $PS
On September 7th, Android users can play Crypto Pirates on their Android Version 5.1 or higher mobile devices. To get the Crypto Pirates build for Android, visit the game’s official website, download the APK, and install the application. The link will become accessible on September 7th.