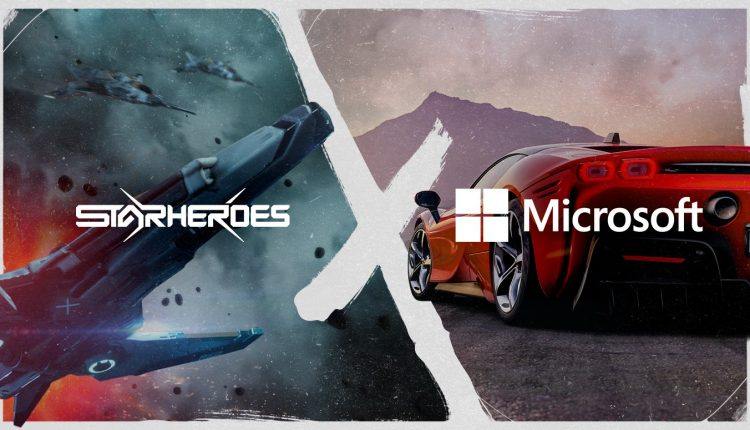 StarHeroes, the third-person space shooter, has announced that it has successfully obtained a grant from Microsoft. Thanks to this, the game can now access Azure PlayFab – a comprehensive LiveOps, back-end platform used by legendary names like Sea of Thieves, Rainbow Six and Forza.

More importantly, the grant allows StarHeroes to directly collaborate with Microsoft Studios and other big players like Ubisoft. So, while Ubisoft has had its own experience with community hostility towards blockchain and NFTs – Microsoft’s grant is a ringing endorsement for the technology, as a whole.

Microsoft’s decision indicates a significant change in direction and perspective from major companies to the potential of blockchain technology. We’ve already seen many internationally-renowned institutional brands venture into web 3 and blockchain tech.

Microsoft and StarHeroes
So what has set StarHeroes apart from other projects in Microsoft’s estimation? As a their person shooter, StarHeroes serves as a massive, open-world experience for players, that balances out Play-to-Earn with highly immersive gameplay.

Multiplayer is divided into two modes: ranking and adventure, with players being able to earn native tokens to varying levels.

Along with being part of a growing generation of blockchain projects to leverage AAA-gaming quality, StarHeroes’ founders see a great potential for it within the realm of eSports. The game itself is likely being a good stepping stone for conventional players to dive into competitive gaming.