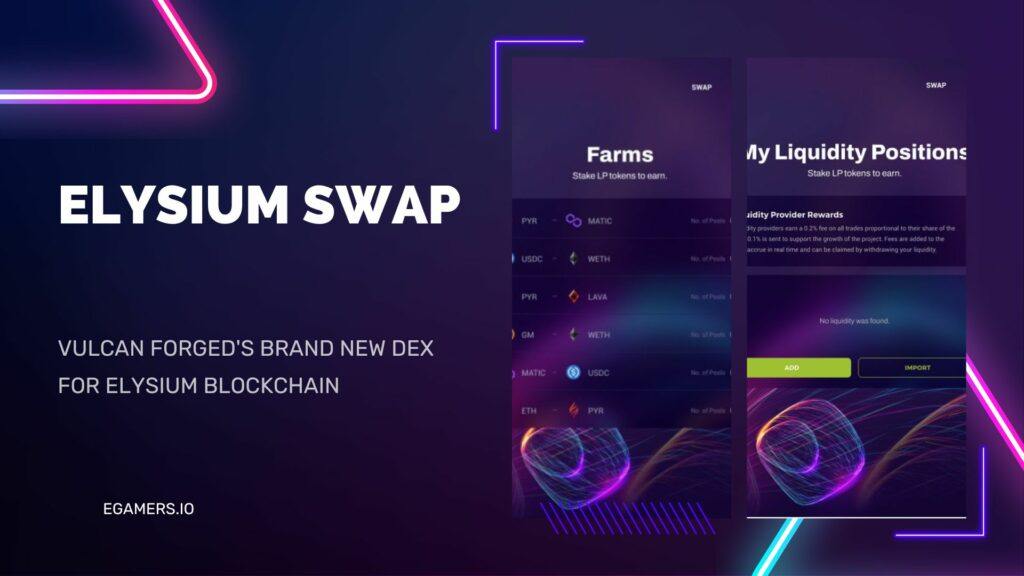 Vulcan Forged has just announced that VulcanDEX will be replaced by Elysium Swap.

VulcanDEX is a Uniswap 2.0-based decentralized exchange by Vulcan Forged. When the company launched this exchange, they called it “The Home of Blockchain Gaming Tokens”. In a recent tweet, Vulcan Forged teased VulcanDEX goodbye and used the hashtag ELS20.

VulcanDEX was cross-chain supported with two native tokens – $PYR and $LAVA. Now, they’ve just teased that Elysium will be the blockchain of VulcanVerse. (Elysium will also use these two tokens as the native token of the ecosystem.)

After all this support Elysium blockchain has got from Vulcan Forged, it is now set to replace the VulcanDEX.

Elysium blockchain uses Proof-of-stake model which is one of most energy-efficient way of utilizing a blockchain. The blockchain is already home to a number of games and DApps.