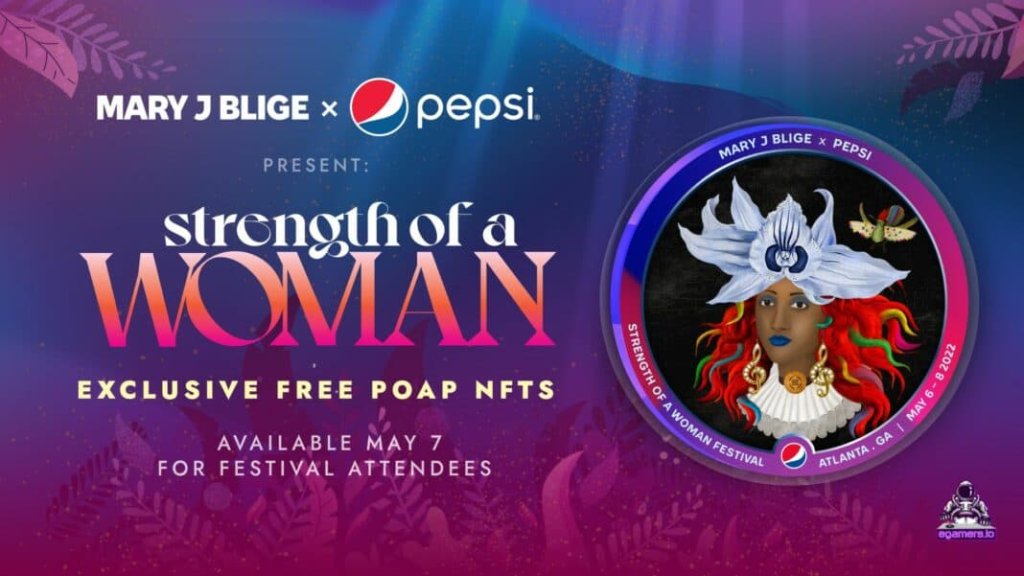 Pepsi has entered the NFT game by partnering with Mary J. Blige, an American singer, and songwriter. Previously, Pepsi has been involved in various activities to support and promote female artists and entrepreneurs.

As the Strength of a Woman festival was inaugurated, Pepsi gave away to the people who participated in the festival.

The Strength Of A Woman Event
The concert took place in Atlanta where Pepsi Music Lab Finalist, StarchildKayla debuted her new track, Up! (great scenes on the opening night)

After that, Carla Hall celebrated black-owned restaurants and also appreciated black women in the industry. Then followed a panel discussion where she met black women restaurant owners and discussed the most occurring issues in the food industry.

Pepsi Stronger Together, to bring the City of Refuge back, donated $20,000. They plan to use this donation to buy clothing items, and other everyday personal items so that it can be made into a reality, again. The purpose of the City of Refuge is to support the families in need and bring them back into the world of prosperity and growth.

The POAP NFT Giveaway
Pepsi gave away Free POAP (Proof of Attendance Protocol) NFTs, as mentioned earlier, to the summit attendees. The best part of this giveaway was that each of the attendees got an NFT. The POAP NFTs were on display throughout the event.