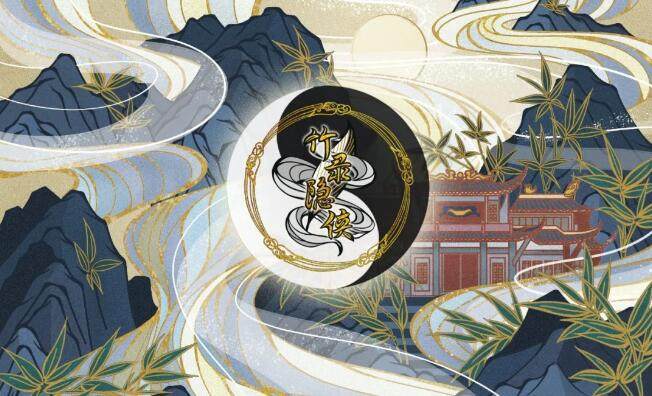 The magic circle is the player’s only buff in the entire battle. It increases the strategy and excitement of the game. In the 1.0 version of “Bamboo Hidden Hero”, eight types of magic circle are provided for players to choose (3 basic magic circles, 5 advanced magic circles). Different magic circles have different bonus effects and trigger conditions. While pursuing the effect of triggering magic circles, they will also expose their own selection and playing tendency.

Players can also use the default magic circle (no effect) to hide their playing strategy.

The following are the eight magic arrays in version 1.0:

Players need to perform a combination of moves based on the selected magic circle in the previous stage. A carefully prepared combination of moves will maximize the effect of the formation, but will also allow your opponent to guess your tendency to play. Here will test the player’s courage and wisdom-is it closely cooperated with the magic circle? Or use tricks to deceive opponents? 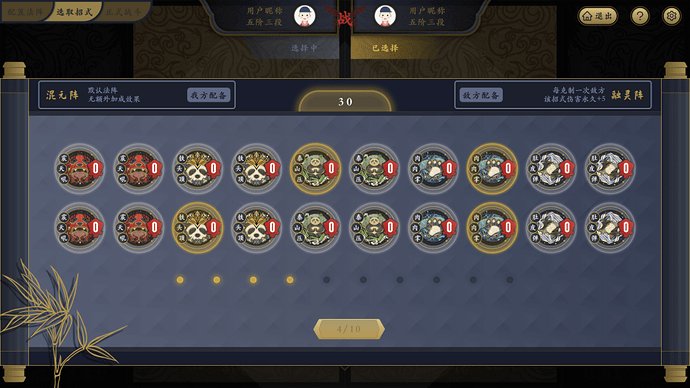 Players need to choose from 20 optional moves from 10 moves as a combination (each move can choose up to 4). **You need to perform a combination of tendencies based on the effect of your or your opponent’s magic circle to improve your winning potential. ** 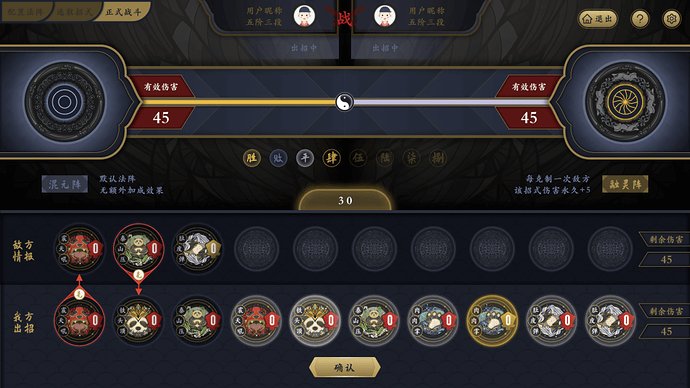 Players need to make eight rounds of contests. According to the restraint relationship and damage of the moves, calculate the “effective damage value” and add up. After the eight rounds are over, the side with the higher effective damage value wins. **Combining the effect of the two sides of the magic circle, flexible use of strategies and routines in different rounds can help you quickly gain an advantage and finally defeat your opponent. **

“Residual damage” is a very important reference indicator during the battle, which indicates the total damage value of the current moves available to the player. By comparing the “remaining damage” between our side and the other side, we can roughly guess the moves that the other side can take, thus flexibly changing the move strategy. For example, when the battle enters the eighth round, and there are only 3 optional moves left by the two sides, if the remaining damage of the other party is 56, it can be basically concluded that the other party still has “meat fist” (14) + “iron head skills” (16) + “Mt. Taishan” (26) or “Meat and Fist” (14) x 2 + “Jingtian Roar” (28). If you do not consider other factors at this time, the probability of the opponent’s “meat punch” is 50%, which is the most likely. At this time, you may consider giving priority to the “Fulk Punch” or no restraint moves, you can get higher effective damage in the round, and then win the game. However, in the course of actual combat, such probabilistic ideas are often used by opponents to play anti-routines.

Based on the EOS blockchain, “Zhulu Yinxia” issued an unlimited amount of tokens “Golden Bamboo Leaf” as the universal currency in the game. Please read the article for the detailed token model.

In addition, players who play [real swords and real guns] can also get extra rank points to hit the ladder. Please read the article for details.

Traveling through treasure hunts is a major feature of “Bamboo Hidden Hero”. You can search for the golden bamboo leaves through the study, search for treasure in the “mountain”, and randomly obtain rare treasures according to the public probability. You can also directly use EOS to find more precious treasures in the “secret realm”.

Game interface-travel through mountains and rivers

In the 1.0 version, there are 120 kinds of treasures waiting for players to collect. Each kind of treasure carries the background of the game’s world view. By collecting treasures, you can gradually piece together a complete world view. In addition, the collection of treasures is also the only way to improve the evaluation of rivers and lakes and unlock advanced magic circles (see the next chapter for details).

The Jianghu rating is a comprehensive evaluation of the player’s possession of treasures, and it is also an important reference indicator for unlocking advanced magic arrays. 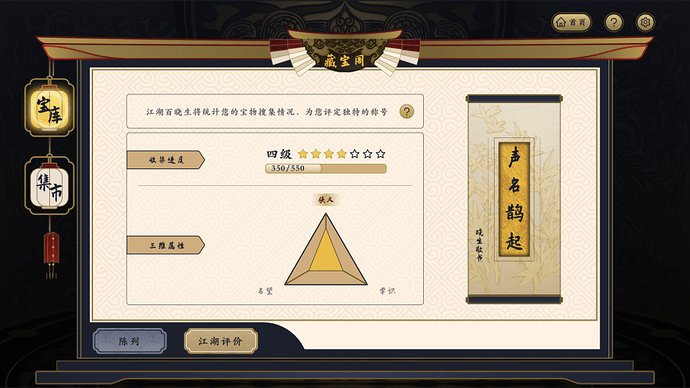 In the game, each treasure is divided into three grades (R, SR, SSR) and three types (Jianghu Legend, Linlang Treasures, Hundred Homes). **The rank determines the treasure’s attribute bonus, and the type determines the treasure’s bonus tendency. ** Generally speaking, the rank and type affect the bonus of treasures according to the following rules:

The relationship between treasure item rank and bonus points tendency:

(Details of treasures can be placed here)

“Zhulu Yinxia” pioneered the combination of programmable encrypted art and games, using encrypted artworks to present and express the game’s worldview background story, while allowing users to participate in the real-time creation and update of artworks .

The drawing volume is divided into multiple layers, and each layer (including the main body itself) is a NFT (Non-fungible Token) issued on the EOS blockchain. Players can hold the entire picture scroll token, or they can hold a layer token. The layer holder can modify the layer parameters within a certain range, so as to transform the appearance of the layer and thus affect the entire drawing volume. In addition, layer holders can also give and resell layer tokens to others, and make money from it.

The first issuance of painted scrolls takes the form of an auction, and players can participate in the auction of all layer tokens. In order to improve the quality of quotations, we have added an “auction ticket” mechanism, that is, players need to use “golden bamboo leaves” to purchase auction tickets, and each bid requires the consumption of an auction ticket, in order to prevent “junk offers”. 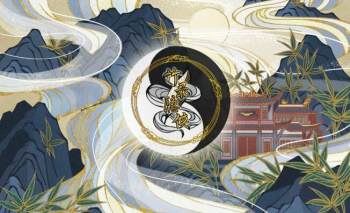