In August, the core progress of MixMarvel mainly includes:

Looking back on July, MixMarvel achieved the following:

1. FFF successfully launched in the third phase of MXC SpaceM

4. Force For Fast supercar NFT assets were listed on imToken and SpiderStore, and received strong support from OpenSea.

The pace of development of MixMarvel has never slowed down. MixMarvel has been committed to providing players and developers with a one-stop publishing platform for blockchain games. The entire ecosystem includes Layer 2 solutions and integrated development environments that are more suitable for traditional large-scale games, SDKs that integrate native blockchain applications, NFT/FT ecological wallets, NFT asset trading and lending platforms that provide players with decentralized financial services, and In the future, MarvelLand, a national DAO organization that allows NFT to shuttle through. 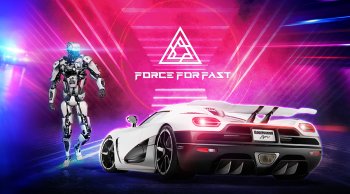 Invite Friends and get rewards

How Matic’s Side Changed After The End of Presale