The upcoming MMO strategy game League of Kingdoms is a blockchain game where players fight for dominion. All in-game digital assets are fully owned by players and players can seamlessly trade them through NFT tech. 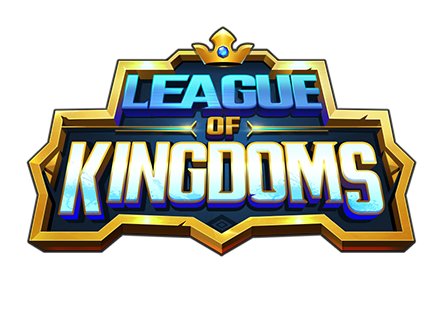 This strategy game is kind of like a hybrid of “Age of Empire”, “Clash of Clans” and “Civilization”. That means, in one way, you need to develop your lands, build army, etc,. And you also need to play something out, which beyond traditional farming, like developing your diplomacies. e.g. dealing relationship with your neighbor kingdoms and participate. Since its theme is set to be thriving in a battled world where countless kingdoms fight with each others, you don’t really wish to fight in farther lands while an enemy sits on your back.

The spotlight feature of the game that makes it kind of different is that it provides player a chance to vote for their government system by using a DAI pool, which really emphasizes the point – what’s good about being a blockchain game.

Another core feature is land token. You can buy land squares as NFT in game. And it resonates with the government system that the game world is basically running by players for which lands and resources on it are totally distributed and owned by players and players collectively plays the government part.

You’ve got rather diverse choices to make for developing your kingdoms. There are plenty of buildings for you to make plans with. Rather than plain and boring upgrades and fortifications, you can build things like barracks, markets, research centers and many others. After some upgrades you may get something like this: 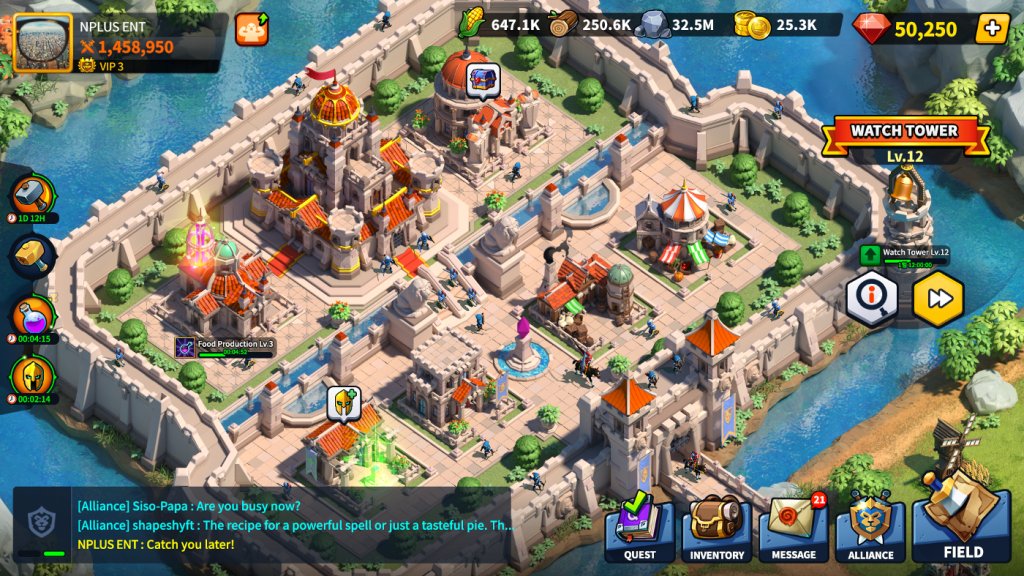 Besides, you don’t just build within your walls. Expansions for outside resources are needed, which makes LoK world a better visual realizations. 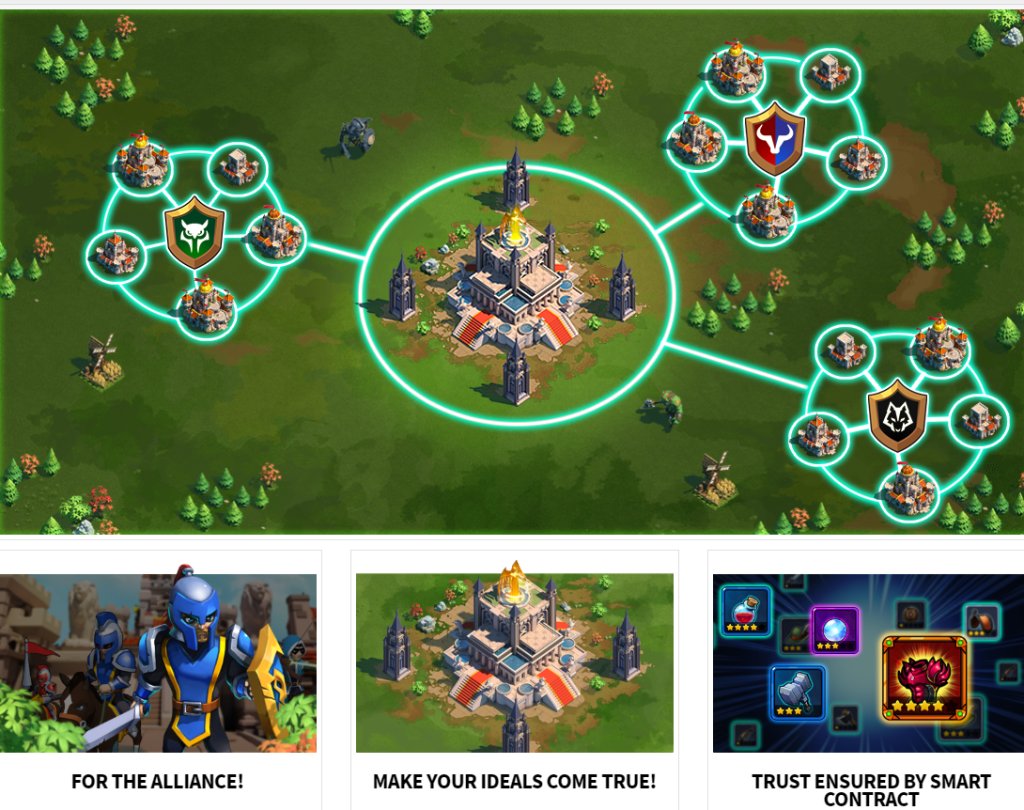 It is always more efficient when you team up in a effective way. As mentioned above, you would prefer your neighbor as an ally than a foe so you don’t run a very difficult where your kingdom is constantly at war. It’s gonna be your pleasure to conquer lands with your allies and share booties. Also, you can build defenses and armies aside by your allies. We all know how fine that’s going to work out.

About Map and Lands

There are 64 zones, 1024 8x8 land tokens (65,536 land tokens in total), and each land has a 4x4 scale which holds up 16 kingdoms potentially if the resources of this area are enough to support. As mentioned above, land token will be players’ ownership. It is players’ choice to decide how to play, develop the land and distribute resources. The more resources you contribute to land development, the more opportunities for your kingdom developments there are. For every 100,000 resources of a kind you gathered, you will get 1 develop point.

Map scale is considerably enormous, which is more than enough to allow a massive combat among 10+ kingdoms.

About Presale and Launch day

The first presale sold out within 72 hours and the second presale has ended. The main sale, where makes up around 88% lands ownerships, will be available after the official launch. The official launch is expected to happen at sometime before mid-July, depending on how much work they’ve left to do, like debug or something alike. 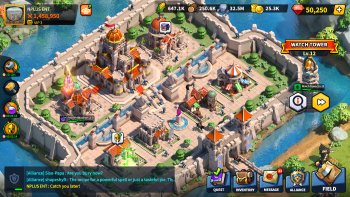