The land of annihilation

In the wild north, there stood a dungeon tower that tests the warriors’ valor. House of mankind has long had a tradition of trial by ordeal and sending their soldiers to go to the dungeon tower to fight the monsters.

Beyond the tower, there said to be a door to the cryptic new world, so vacant and arid that no living being has ever returned after crossing the door.

No human knows what exists beyond that gate but there is one member of the house who acquaints with a person who possesses an oracle that shows everything. Her name is Adria, mother bereft of Rathma who was killed by Chandra the massive spirit of waters.

She told an unbelievable tale of what happens around the gate beyond the dungeon based on her observation of the oracle.

Every day a large number of heroes enter the dungeon tower and many are killed by the monsters residing in the dungeon. There is a gigantic grim reaper called Spartoi, who came out from the door, take the dead heroes from the dungeon and went back into the door. She suspected that the grim reapers are bringing the corpses to pay tribute to their lord, Death knight. The death knight is a massive creature who is known to perform dark magic by planting those dead bodies into land with a sliver of cracked world stone, a forbidden ritual that refutes death and infuses life into dead creatures.

Adria also mentioned that there supposed to be an army in construction. The land beyond the door is a vast valley dissipated and barren, only home to the deads. The region is normally so silent and inactive that often called “Death Valley”. But she said, in recent times, there is a soaring level of activities detected. Many creatures with their life annihilated by dark magic started to flock together at a certain point in the land as if they were creating a massive army. She was wondering the dark ritual performed was the genesis of the development.

The house leader became afraid that the army might breach the dungeon tower, the final outpost to protect mankind from the outer universe.

As a coincidence, heroes were back from their conquest to the forbidden island. The next mission is declared. Attack the death valley to preempt

SKY IS THE LIMIT!

This new update will include below items: 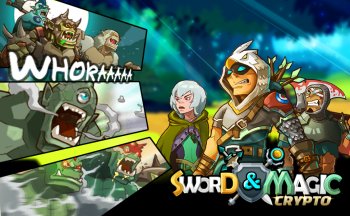