With succesful launches on the NEO and TRON blockchains, BLOCKLORDS has already proven itself as the top strategy game designed around blockchain! Now it is time to take this to the next level by bringing the game to the #1 smart contract platform; BLOCKLORDS is coming to Ethereum! But this isn’t just a simple port of the existing version. The BLOCKLORDS team wanted to push itself even harder and decided to release a brand new version of the game, including better gameplay, strategic map battles, added hero upgrade features, base building, resource farming and most importantly, hero NFTs! The launch of BLOCKLORDS ETH will cement the game’s standing as one of the top contenders in blockchain gaming, and will push forward a new era of mass adoption for gamers.

Read more about BLOCKLORDS 2.0 in the White Paper!

The biggest addition to BLOCKLORDS 2.0 is that players will be able to export their heroes into NFTs that can then be traded on outside exchanges such as opensea.io. This will bring the BLOCKLORDS economy outside of the game and into the real world. Any player who plays the game will be able to export the NFT hero with his currently equipped items and traits and sell or gift it if he so wishes. BLOCKLORDS heroes consist of many parts, but mainly the things to keep track of are the hero stats, items, traits, and titles. All of these vary in quality and scarcity, creating an endless amount of combinations that will determine the value of your specific hero. Are you ready for this?

Get your Limited Edition NFT Hero during the DGaming Festival Sale!

Since BLOCKLORDS 2.0 contains so many new features, the team still needs a few months to get everything working perfectly. Players who purchase a presale Hero NFT will get early access to the alpha and beta versions of BLOCKLORDS on Ethereum and will be able to give feedback and mold the game according to their suggestions. We look forward to seeing you on the battlefield! 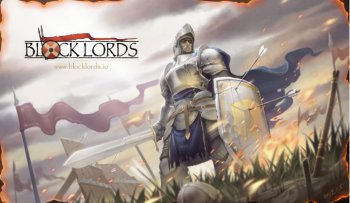