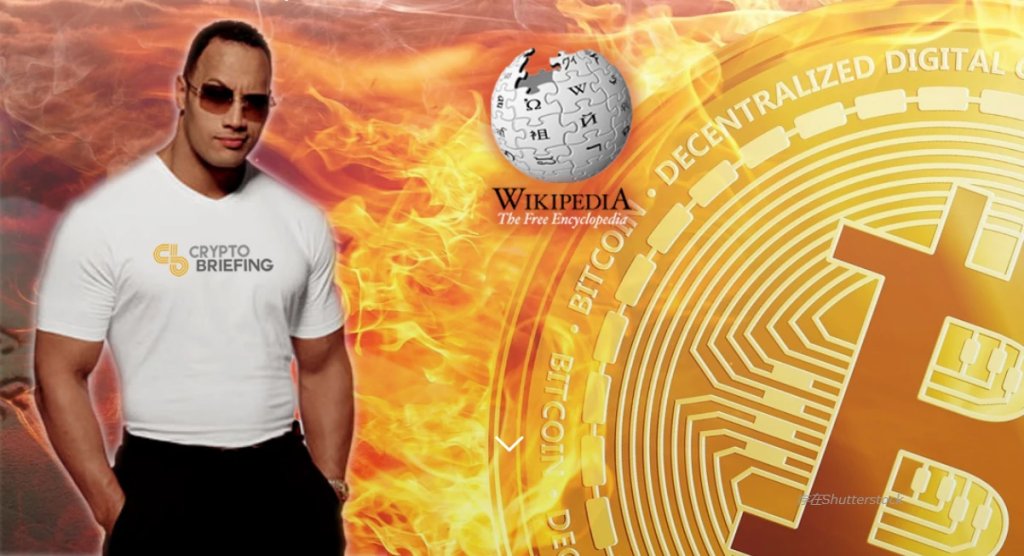 Bitcoin was one of the most searched for topics on Wikipediain 2017, beating out the likes of Elon Musk and Dwayne “The Rock” Johnson, as the price of BTC came close to $20,000 at the end of last year.

According to recently published data from the American data scientist and wiki-user, Andrew West, the Bitcoin entry was the ninth most popular article on the English-language Wikipedia, with over 15m views in 2017.

Published on Wednesday, the Wikipedia ‘Annual Top-50 Report‘ highlights the 50 most-read articles on the online encyclopedia.

Bitcoin managed to squeeze into the top-ten and had a comfortable lead over Tesla founder Elon Musk, who had 11.9m hits, also topping the 12.4m reads on the entry for actor and ex-wrestler, Dwayne “The Rock” Johnson.

Unfortunately, Bitcoin could not chokeslam Donald Trump – the reality TV show host and celebrity golfer had the second most popular Wiki entry with 29.6m reads – or Princess-to-be Meghan Markle, who came in 5th with 16.9m views.

The TV series Game of Thrones appeared on the list twice: the seventh series had 18.79m reads and the franchise as a whole had a further 16.8m views.

Weirdly, the most popular article on Wikipedia for last year was on famous deaths in 2017. Apparently, the article was read 37.3m times, reaching a peak on the day when murderous cult leader, Charles Manson, died in prison.

How the Fans Flocked to Booming Prices

However, according to Google Trends, a database that shows how often a search term was used on a particular day relative to its total search history, searches for Bitcoin were the highest between the 17th and 23rd of December: when BTC reached a high of $19,360.

The volume had been relatively stable throughout most of the year, until November when the number of searches nearly tripled from 27%  to 64% from the middle to the end of the month; this coincided when the price of BTC rose from just below $7,000 to break past the $10,000 mark.

Although rockstar prices seem to be a thing of the past in the currency cryptocurrency market, the Wiki top-50 article highlights that there is widespread awareness of Bitcoin in English-speaking countries.

Although people were seemingly more interested in a list of dead famous people, an orange real estate developer, and a sex-filled TV series, at least Bitcoin facebusted The Rock.