Sentiment remains positive for blockchain games, with The Sandbox the most anticipated title 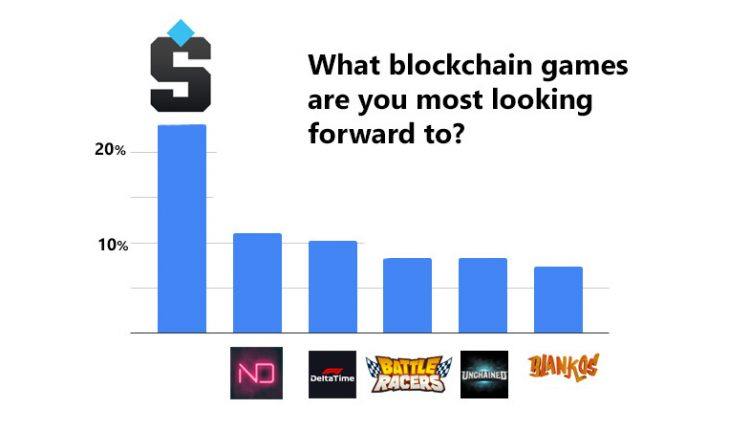 The results of our latest half yearly Sentiment Survey are in

Following our first Blockchain Game Sentiment Survey in January, we’re back to take the pulse of the industry, both in terms of how 2019 has panned out so far, and what’s expected in the future.

As ever, we asked a panel of industry insiders as well as the public to answer a series of 10 simple questions. (You can check them out here.)

The point of the two separate audiences was to check if there were any differences in opinion between these cohorts. In this context, it’s also worth pointing out, our sample isn’t large enough to offer statistically significant answers. But the findings seem interesting and worth sharing nevertheless.

The 10 questions covered a lot of ground, but the two main questions were ‘How has the first six months of 2019 been for blockchain games?’, followed by ‘How do you think the rest of the year will be?’

Unsurprisingly, the vast majority of responses were confident or positive, with only 14% saying the first half of 2019 had been “bad”, 16% thought this situation would continue throughout the rest of 2019.

Most agreed the sector’s progress had been “slow” (57%) and that this “rebuilding period” would continue (47%).

However, 30% thought 2019 had been “great” for blockchain games, with 38% thinking this would also be the case for the remainder of the year. 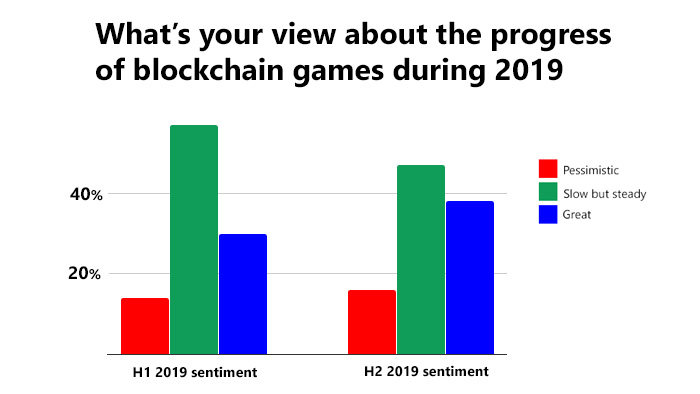 A more specific question asked was “Which blockchain do you think is best for gaming?”

As previously the case, Ethereum remains the most popular choice by far, although there was a small rise in EOS advocates. Interestingly, the number of people who thought the question was “irrelevant” has dropped considerably as new blockchains such as TRON, NEO etc have become available. 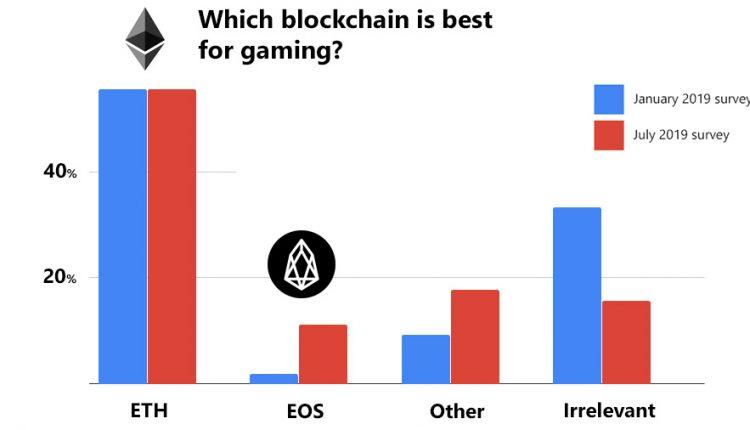 As to the question of what’s the advantage of using a blockchain in a game, as previously seen, “Item ownership and trading” is still the key reason. The ability for gamers to earn money and for developers to create flexible economics were also cited. 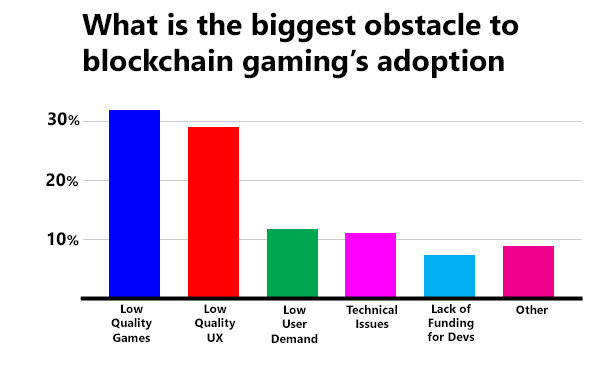 But let’s end on a more positive note – what blockchain games are people looking forward to?

There’s one clear winner: Animoca/Pixowl’s The Sandbox had more than double the votes of its nearest contenders Neon District and F1 Delta Time.